Skip to content
U.S. Space Forces-Central will be based at MacDill Air Force Base, Florida

The Space Force unit will be based at U.S. Central Command headquarters at MacDill Air Force Base, Florida.

Up until now, the Air Force component of U.S. CENTCOM was responsible for coordinating space-based services and support such as positioning, navigation and timing, satellite communications and missile warning.

The new space component will be led by Space Force Col. Christopher Putman. “U.S. Space Force-Central provides CENTCOM a subordinate command focused solely and continuously on space integration across the command,” he said in a news release.

“Activating this component under CENTCOM provides expert guardians to work with coalition and regional partners to integrate space activities into shared operations and adds another level of commitment to partners,” said Putnam.

CENTCOM commander Gen. Michael “Erik” Kurilla said space “underpins every element of warfighting in the CENTCOM region.” Since the Cold War, he said, “space has ceased to be a sanctuary. It is no longer solely the realm of progress and peace.” 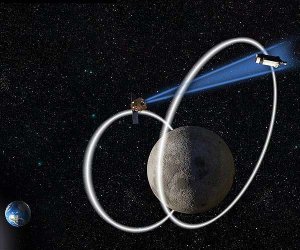