Sidus Space recently announced a launch agreement with SpaceX for a total of 5 expected launches in the next 13-15 months. In addition, as an ISS implementation partner, Sidus also has the ability to launch from the ISS which creates multiple paths to orbit for LizzieSat with the signing of this launch agreement with Vaya Space.

“As we progress toward launching LizzieSat, we are pleased to expand our launch options that will enable us to meet the robust demand for our satellite services, one of the many Space-as-a-Service solutions we deliver to the growing space ecosystem,” said Carol Craig, Sidus Founder and CEO. “As part of our mission of ‘Bringing Space Down to Earth’, securing multiple paths to orbit ensures the flexibility to meet our customer’s mission schedules.”

“We are excited to work with Sidus Space to provide sustainable space access and reliable delivery of their innovative satellite constellation,” said Brent Willis, Chief Executive Officer of Vaya Space. 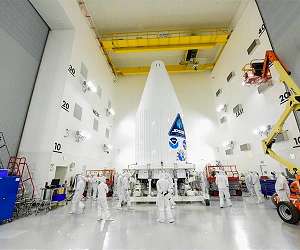 The primary payload, JPSS-2, is the … read more