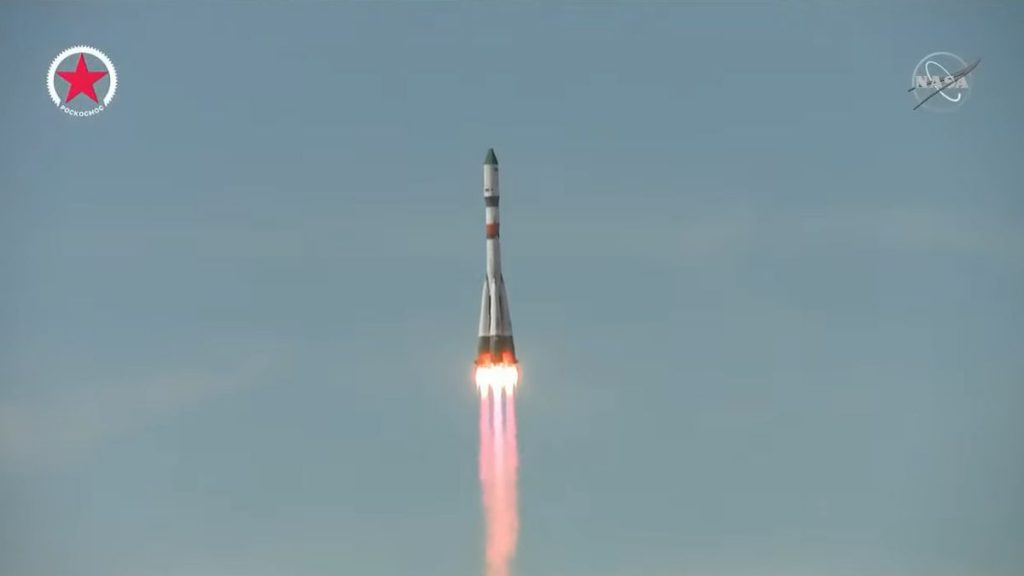 Russia launched a new robotic cargo mission to the International Space Station early Friday (June 3) on the country’s first resupply mission to the orbiting lab since it invaded Ukraine earlier this year.

The uncrewed Progress 81 freighter launched into a clear, blue afternoon sky atop a Russian-built Soyuz rocket at 5:32 a.m. EDT (0932 GMT) from Baikonur Cosmodrome in Kazakhstan, where the local time was 2:32 p.m. in the afternoon.

“It was a perfect launch from the Baikonur Cosmodrome,” NASA spokesperson Sandra Jones said during live launch commentary from the agency’s Mission Control center in Houston.

Russia remains a partner in the International Space Station (ISS) program despite its ongoing war on Ukraine, even though its chief Dmitry Rogozin has repeatedly threatened to leave the program, which is a collaboration of five different space agencies and 15 countries. In late March, just weeks after its Feb. 24 invasion of Ukraine, the country returned NASA astronaut Mark Vande Hei to Earth as scheduled on a Soyuz spacecraft. That landing followed the launch of three cosmonauts to the station as part of its Expedition 66 and 67 missions.

Progress 81 will circle the Earth twice on its way to the space station, with docking set for 9:03 a.m. EDT (1303 GMT) at the aft end of the Russian-built Zvezda module. You can watch the docking live on Space.com; coverage of those activities will begin at 8:15 a.m. EDT (1215 GMT).

Many of Russia’s space partnerships have fallen apart in the wake of the nation’s ongoing invasion of Ukraine.

Soyuz rockets no longer launch from Europe’s Spaceport in French Guiana, for example, and Russia stopped selling Russian-made rocket engines to American companies. But Russia remains an integral part of the ISS program, as the Progress 81 launch shows.

Progress 81 is carrying 5,551 pounds of supplies for the station’s seven-person Expedition 67 crew. That includes about 3,214 pounds of dry cargo like food, clothing and gear; 1,323 pounds of propellant, 926 pounds of water and 80 pounds of nitrogen, Jones said.

The launch follows the departure of a previous Russian cargo ship at the space station. Progress 79 undocked from the station on Wednesday (June 2) and burned up in the Earth’s atmosphere over the Pacific Ocean, carrying with it a load of trash and unneeded items, Jones said.

Progress 81 will be followed in relatively short succession by another cargo flight — SpaceX’s robotic CRS-25 mission, which is scheduled to launch next Friday (June 10). And the ISS was recently visited by another uncrewed spacecraft as well — Boeing’s Starliner capsule, which conducted a crucial test flight to the orbiting lab from May 19 to May 25.

That May mission, called Orbital Test Flight 2 (OFT-2), was likely the last big hurdle that Boeing had to clear before NASA certifies Starliner to carry astronauts. The capsule’s first crewed flight could come before the end of the year, provided analysis of OFT-2 data turns up nothing worrisome, Boeing and NASA officials have said.

Editor’s note: This story was updated on June 3 with the results of the Progress 81 cargo ship launch. A new target launch date of June 10 for SpaceX’s CRS-25 cargo mission was added on June 2.