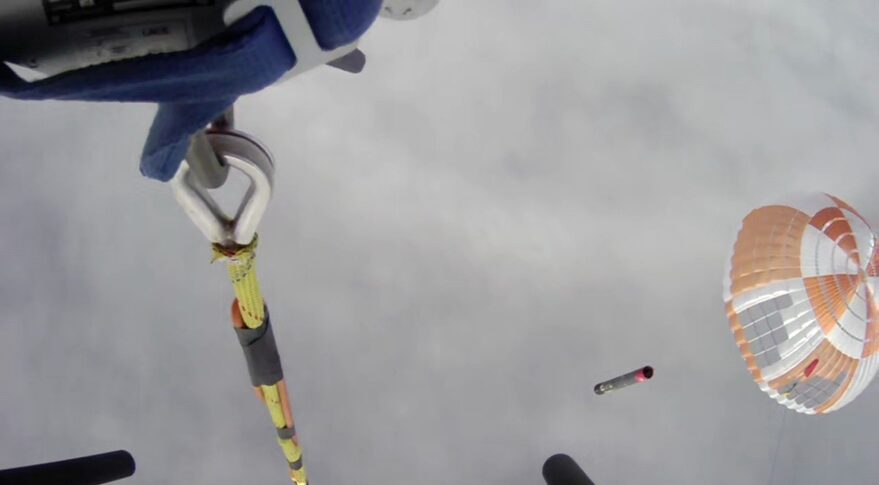 WASHINGTON — Rocket Lab says it will make a second mid-air recovery attempt of an Electron booster during the launch later this week of a Swedish scientific satellite.

Rocket Lab announced Nov. 1 plans for its next Electron launch, a mission it calls “Catch Me If You Can.” The launch is scheduled for Nov. 4 at 1:15 p.m. Eastern from the company’s Launch Complex 1 in New Zealand.

The launch will be the second attempt to recover the Electron’s first stage, descending under a parachute, using a helicopter. In the first attempt May 2, a hook hanging from the helicopter grabbed the parachute, but the pilot released it moments later after noticing what the company called “different load characteristics than what we’ve experienced in testing.” The stage instead splashed down and was recovered by a boat.

“Our first helicopter catch only a few months ago proved we can do what we set out to do with Electron, and we’re eager to get the helicopter back out there and advance our rocket reusability even further by bringing back a dry stage for the first time,” Peter Beck, chief executive of Rocket Lab, said in a statement about the upcoming launch.

Beck said in the months after the launch that the company had been doing additional training on the helicopter recovery itself, rather than changes to the rocket and its recovery systems. “We haven’t made any changes to the vehicle or any of the recovery systems,” he said in an interview in late June. “It’s purely down to getting the technique right and just all the mission operations that go into that.”

He had hinted for months that another recovery attempt would take place in the near future, including at the company’s Sept. 21 investor day event, when he said the next recovery attempt was “coming up soon.” The Nov. 1 announcement was the first notice of this launch, including both the payload and the recovery plans.

Mid-air recovery is a key part of Rocket Lab’s plans to be able to reuse boosters after the company concluded a propulsive landing, like SpaceX’s Falcon 9, was not feasible for a small rocket. Catching the booster before splashdown avoids issues with salt water intrusion.

Beck said at the investor day presentation that the work attempting to recover Electron is helping the company as it develops Neutron, its medium-class reusable launcher that will perform propulsive landings. “There is no way we could have taken on the Neutron project with as much speed and confidence as we are without doing this,” he said, referring to Electron recovery. “We learned so much on reentering Electrons and going through the process of reusability that, if we had just gone straight to Neutron as a reusable vehicle without learning all of those super tough lessons, it would’ve been ugly.”

The upcoming launch will carry a single satellite, called MATS, or Mesospheric Airglow/Aerosol Tomography and Spectroscopy. The satellite, developed by the Swedish National Space Agency with some components provided by AAC Clyde Space, will study waves in the upper atmosphere and how they affect weather and climate.

MATS was originally scheduled to fly as a rideshare on a Soyuz rocket but the Swedish government canceled those plans in response to Russia’s invasion of Ukraine. The spacecraft, weighing about 50 kilograms, will go into a dawn-dusk sun-synchronous orbit at an altitude of 585 kilometers. 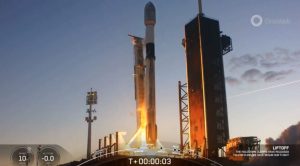