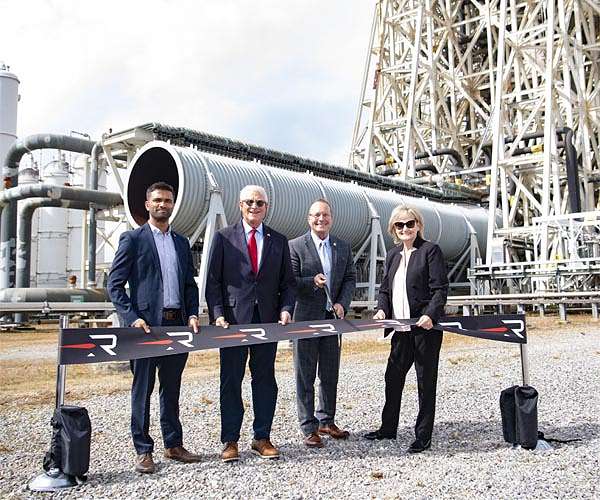 Rocket Lab USA, Inc. (Nasdaq: RKLB) has kicked off operations for testing the Archimedes engine with a ribbon cutting ceremony at NASA’s historic Stennis Space Center in Mississippi. The Archimedes Test Complex will be home to engine testing for the 165,000 lbf engines to be used on Rocket Lab’s reusable Neutron rocket.

Rocket Lab Founder and CEO, Peter Beck, says: “It was only a few weeks ago when we announced Stennis as the location of our Archimedes Test Complex and we’re already fast at work to get the site up and running to deliver Neutron. Thanks to our partnership with NASA and the state of Mississippi, we can begin to develop the existing infrastructure and test stand at Stennis to fast-track Neutron’s first launch. We look forward to breathing fire in the great state of Mississippi.”

Rocket Lab Vice President of Launch Systems, Shaun D’Mello, says: “It is thrilling to say we’ve reached the next step in the development of Neutron as we begin operations at the Archimedes Test Complex at Stennis. We are excited to tap into the workforce in the area to fast track Neutron’s development.”

The Archimedes Test Complex will complement the under-construction Neutron Production Complex and launch site at Wallops Island, within the NASA Wallops Flight Facility and Mid-Atlantic Regional Spaceport on Virginia’s Eastern Shore. Together, the two sites can create hundreds of jobs on over two million square feet of operations for Neutron’s production, testing, and launch facilities. 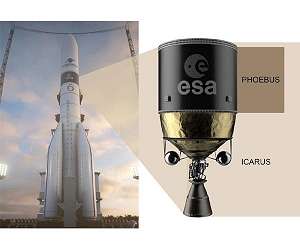 
ArianeGroup has received a 50-million-euro agreement from the European Space Agency (ESA) to continue the development of PHOEBUS, a super-light carbon composite upper stage demonstrator. This work will enable development of the next Ariane6 upper stage, by raising the maturity level of cryogenic composite technologies.

The objective is to reduce the weight of the upper stage by using carbon fibre instead of metal for structures such as tanks.

PHOEBUS (Prototype for a Highly OptimizEd Black U … read more