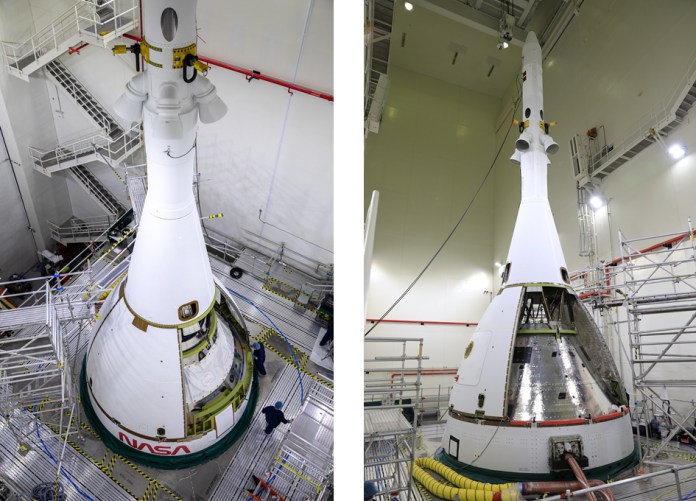 Technicians and engineers with Exploration Ground Systems and Jacobs connect the second ogive fairing for Orion’s Artemis I mission to the launch abort system (LAS) inside the Launch Abort System Facility high bay at NASA’s Kennedy Space Center in Florida on Aug. 23, 2021.

The ogives consist of four protective panels that will shield the crew module from the severe vibrations and sounds it will experience during launch. During Artemis missions, the 44-foot-tall LAS will detach from the spacecraft when it is no longer needed. Launching in 2021, Artemis I will be an uncrewed test of the Orion spacecraft and Space Launch System rocket as an integrated system ahead of crewed flights to the Moon. Under Artemis, NASA aims to land the first woman and first person of color on the Moon and establish sustainable lunar exploration.