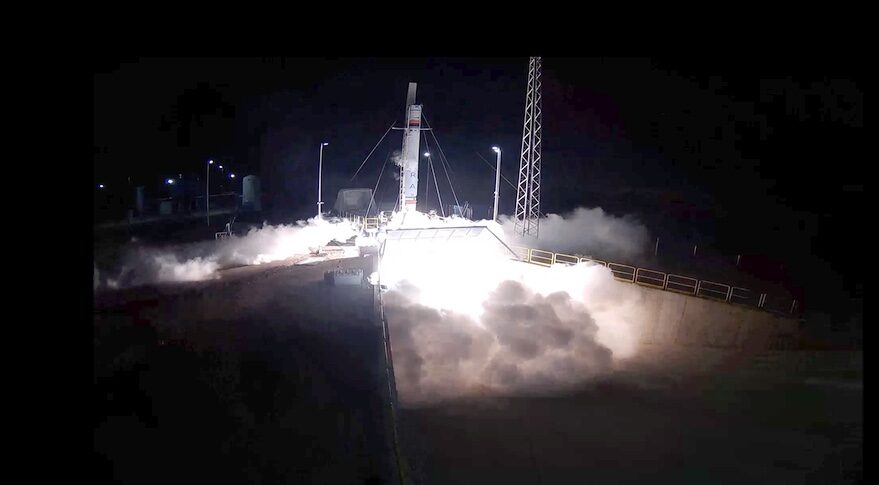 PARIS — PLD Space, a Spanish company developing a small launch vehicle, says it is ready to proceed with the launch of a suborbital technology demonstrator after completing a static-fire test.

The company conducted a 122-second test of its Miura 1 rocket Sept. 15 at a company facility in Teruel, Spain. That firing, called the full mission test, came after two earlier static-fire tests lasting 5 and 20 seconds.

The test simulated how the vehicle would perform on an actual suborbital flight. “We make the rocket truly think it’s on its way to space,” said Raúl Torres, chief executive of PLD Space, in a statement about the test.

The series of tests confirmed the vehicle is ready for an actual flight. “We have collected a list of small modifications that require programmatic management, such as changing a component or updating some design that we need to improve, but nothing critical,” Torres said.

With the static-fire test campaign complete, PLD Space is ready to proceed with the first flight of the suborbital vehicle. That launch is scheduled for as soon as December from the El Arenosillo site in southwestern Spain.

“Our plan is to do two test flights,” said Raúl Verdú, chief operating officer, in an interview during World Satellite Business Week. The company has enough hardware for three such vehicles.

PLD Space has advertised the Miura 1 as a sounding rocket that can carry 100 kilograms to an altitude of 150 kilometers, generating up to four minutes of microgravity time. Verdú said the primary purpose of Miura 1 is to demonstrate technology for its Miura 5 orbital launch vehicle under development.

“The main purpose of Miura 1 is to demonstrate all the subsystems, all the operations, all the infrastructure we need,” he said. The company is using the same vehicle technology and control center for Miura 1 as it plans to use for Miura 5.

It also helps train the company’s growing staff — it has 120 employees now with plans to grow to 260 — in manufacturing and operations. “Our intention is to reduce the risk a lot for the first launch of Miura 5,” he said.

The Miura 5, designed to place about 450 kilograms into low Earth orbit, is currently scheduled to make its first launch in 2024. Those launches will take place from Kourou, French Guiana, where PLD Space will share a new multiuser launch facility.

Verdú just visited the site and said he’s pleased with the progress there since the company started discussions with the French space agency CNES about the site in 2019. “When we started the conversation with CNES there was nothing there,” he said. “Now there is a place and a team to allow newcomers to be an operator there.”

Verdú added that PLD Space is not racing with other European companies also developing small launch expected to make their first flights within the next two years. “Our vision is not to be the first one to launch a rocket into space,” he said, arguing its approach to do suborbital test flights gives it an advantage over those attempting to go directly to orbital launches. “This is the reason why we’re doing Miura 1, to develop heritage.”