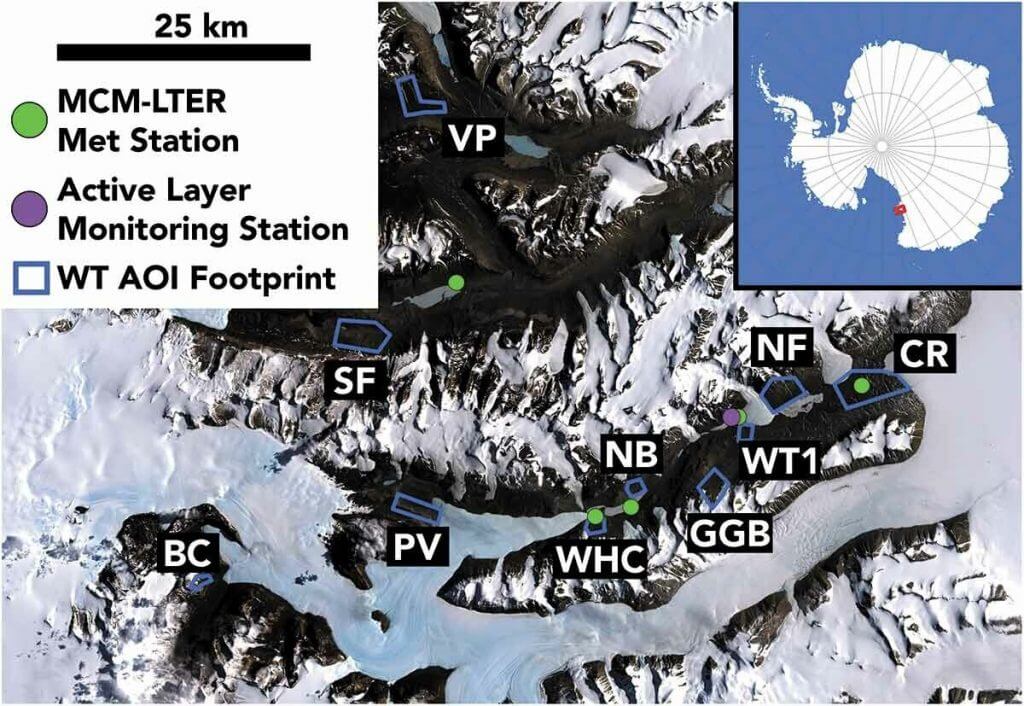 New research from Colgate University changes our understanding of seasonal thawing in parts of Antarctica, as scientists have learned that summer thawing occurs nearly a month earlier, and stays thawed for a full two months longer than previously believed.

Researchers used newly available satellite imaging from Planet, which can scan the surface of the Earth daily or even multiple times per day. The new stream of data is having a major impact, as researchers in the past had to rely on far fewer satellite images, or had to make the voyage to Antarctica to conduct soil measurements in person.

“What we found was that when you can scan coastal Antarctica almost every day, not just a couple of times a summer, we see that the ground is actually thawing and turning into icy swamps a full month earlier than we used to think, and it’s staying wet and thawed a full two months later, even into March,” Said Levy.

“What’s even more fascinating is that this ground is thawing and staying thawed at temperatures below freezing, so we know salts must be helping it to melt and keeping it muddy, like salting a road during a snowstorm,” he said.

Levy explains that this extended melt is great for organisms that need meltwater to survive in the harsh climate, but it is bad news for the long-term stability of the permafrost. Co-authors of the paper include Levy’s former student, Lily Kuentz, who is now studying at the University of Oregon, and Mark Salvatore of Northern Arizona University. Former Colgate students Kyle Baun, Max Wang, MC Rapoza, Izzy King, and Gary Kuang all contributed to the paper while they were completing their undergraduate degrees.

Citation:
New research shows Antarctic summer thaw starts earlier, ends later than previously believed (2022, October 31)
retrieved 1 November 2022
from https://phys.org/news/2022-10-antarctic-summer-earlier-previously-believed.html
This document is subject to copyright. Apart from any fair dealing for the purpose of private study or research, no
part may be reproduced without the written permission. The content is provided for information purposes only.