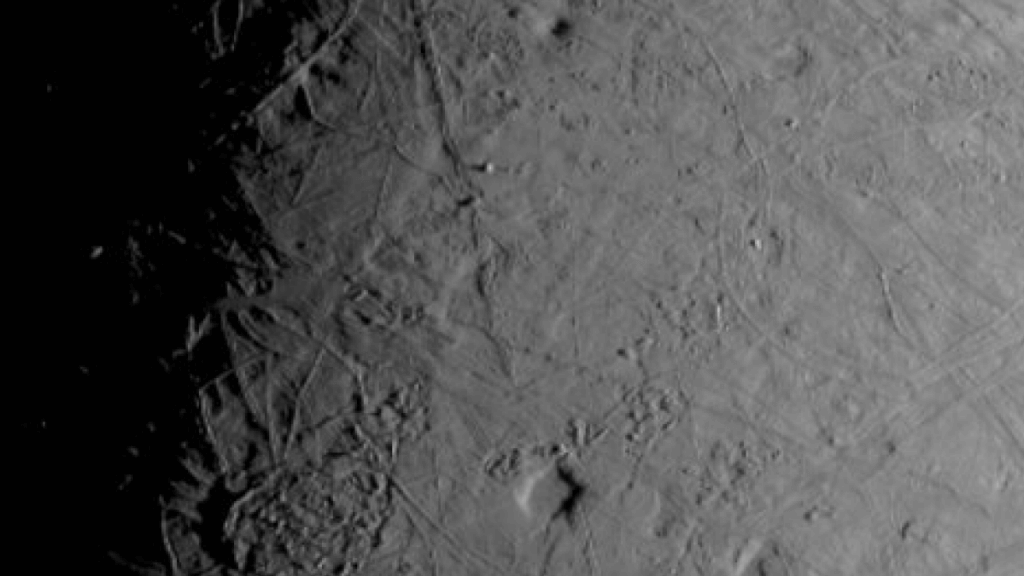 Beyond Earth, there are likely other oceans in our solar system.

Planetary scientists suspect Jupiter’s cracked, ice-blanketed moon Europa harbors a particularly voluminous sea, some 40 to 100 miles deep. Now, for just the third time ever, a spacecraft flew by the icy moon, swooping just 219 miles from Europa’s surface. The other two flybys happened over two decades ago. NASA’s Juno spacecraft, famous for its dazzling views of Jupiter’s roiling clouds, captured some of the clearest images of Europa ever seen, which you can see below.

But that’s not all. Juno’s specialized instruments penetrated through parts of Europa’s ice, which is some 10 to 15 miles thick. This unprecedented data will be parsed by NASA and other researchers to reveal what lies in the icy shell, like potential pockets of water. So stay tuned, in the coming months, for what NASA found.

Life thrives in Earth’s salty oceans. There’s certainly no evidence of life on Europa, but it could harbor environments that host life (as we know it). In other words, this moon could be “habitable.”

“It’s one of few places that potentially has the conditions for habitability,” Bolton emphasized. Bolton works at the Southwest Research Institute, a research organization that often partners with NASA.

NASA released its first official image from this close flyby on Sept. 29. It shows Europa’s wild, icy, cracked crust in a region near the equator dubbed “Annwn Regio.” The terrain is rugged and has been repeatedly fractured apart. Slushy ice, perhaps supplied from relatively warmer regions below, may have filled these cracks.

“It’s very early in the process, but by all indications Juno’s flyby of Europa was a great success,” Bolton said in a statement when the first image was released. “This first picture is just a glimpse of the remarkable new science to come from Juno’s entire suite of instruments and sensors that acquired data as we skimmed over the moon’s icy crust.”

What’s more, all of the imagery captured by Juno is made available for the public — more specifically “citizen scientists” with impressive photo skills and a keen interest in astronomy — to process. Below is an image tweeted out from professional imaging processor Jason Terry.

These new close-up images are like a treasure trove for planetary scientists. Before, they only had data from two flybys from the Galileo spacecraft, years ago. Now there’s a third load of data. “It’s a huge, giant leap,” Bolton said.

What comes next, besides more image releases, will be observations from Juno’s microwave radiometer, an instrument that can penetrate Europa’s thick ice. What’s down there? There could be relatively warmer regions harboring cavities full of water, noted Bolton.

“Is there life elsewhere?”

“I suspect if there’s water it’ll stick out like a sore thumb to us,” he said.

The question that looms large is whether any life might dwell in this water, or in the seas sloshing under the ice. We don’t know. We’re far from any answers. But that’s one of the enticing elements of exploration.

“One of the goals of exploring the solar system and universe is to see if we’re alone,” Bolton told Mashable. “Is there life elsewhere?”

This story will be updated with more Europa images as they’re released. 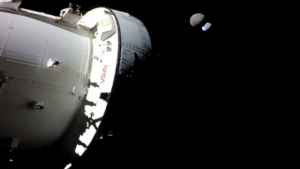