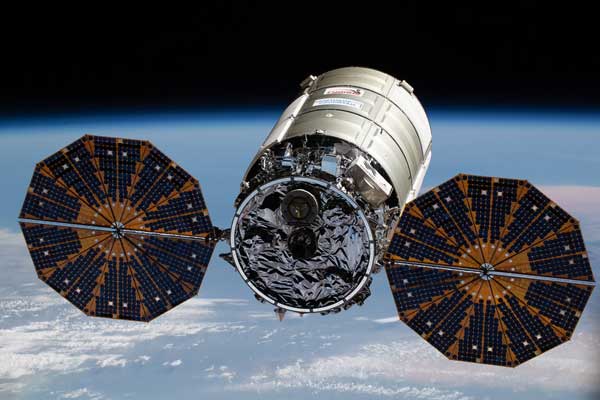 Live coverage of the launch from NASA’s Wallops Flight Facility in Wallops Island, Virginia, will air on NASA Television. Watch live beginning at 5:30 a.m. on the agency’s website at:

Loaded with approximately 8,200 pounds of research, crew supplies, and hardware, Northrop Grumman’s Cygnus cargo spacecraft will launch on the company’s Antares rocket from Virginia Space’s Mid-Atlantic Regional Spaceport. It will arrive at the space station on Tuesday, Nov. 8.

NASA TV coverage of rendezvous and capture will begin at 4:30 a.m. EST followed by installation coverage at 7:30 a.m. At about 5:50 a.m., Expedition 68 NASA astronaut Nicole Mann will capture Cygnus, with NASA astronaut Josh Cassada acting as backup. After Cygnus capture, ground commands will be sent from mission control at NASA’s Johnson Space Center in Houston for the station’s arm to rotate and install it on the station’s Unity module Earth-facing port.

Highlights of hardware and space station research facilitated by samples and equipment aboard this Cygnus are:

The Cygnus spacecraft is scheduled to remain at the space station until late January 2023 when it will depart, disposing of several tons of trash during a destructive re-entry into Earth’s atmosphere.

This Cygnus is dubbed the S.S. Sally Ride in honor of late NASA astronaut, physicist, and first American woman to fly in space, Sally Ride. Ride spent 14 days across two space shuttle missions performing science experiments, making observations of Earth, deploying satellites, and conducting technology demonstrations. She was an advocate for diversity and representation in science and dedicated much of her life to inspiring young people, particularly young women, to pursue careers in science, technology, engineering, and math fields.

A prelaunch briefing will be held at 1 p.m. EDT, Saturday, Nov. 5, and may be viewed on NASA Television and the agency’s website. Participants will include:

Accredited media may attend the briefing in-person at the NASA Wallops Visitor Center.

Additionally, media and the public can submit questions on social media using #AskNASA.

Members of the public can also participate in the journey through a variety of activities including registering to attend this launch virtually. NASA’s virtual guest program for this mission also includes curated launch resources, notifications about related opportunities or changes, and a stamp for the NASA virtual guest passport following a successful launch.

Live coverage and countdown commentary will begin at 5:30 a.m. EST Sunday, Nov. 6, and air on NASA Television and the agency’s website, as well as YouTube, Twitter, and NASA’s App.