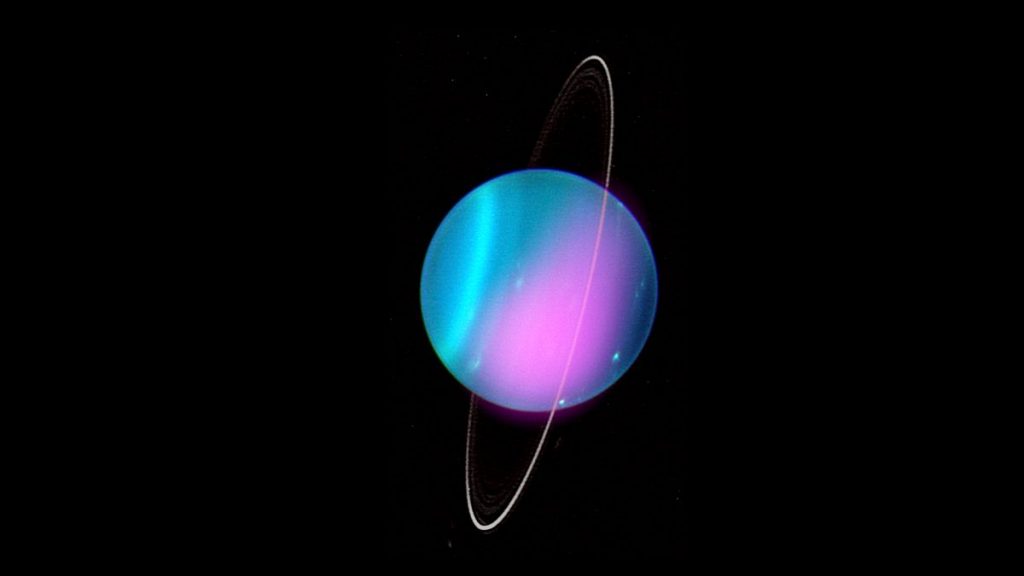 Voyager 2 flew past Uranus in January 1986, discovering 10 moons and two rings while becoming the first and so far only spacecraft to visit the ice giant. One of those rings, which scientists call the zeta ring, has frustrated astronomers ever since — they weren’t even able to spot it again for nearly two decades. But last year, researchers got an unexpected gift: a new image of the Uranus’ ring system, including the elusive zeta ring, courtesy of amateur image processor Ian Regan.

“For a long time we thought we only had two images of this ring from Voyager 2,” Matthew Hedman, a planetary scientist at the University of Idaho, said during a presentation at the annual meeting of the American Astronomical Society’s Division of Planetary Sciences on Oct. 5. “This shows there’s a lot of information still encoded in the Voyager data that deserves a second look.”

Related: Uranus by 2049: Here’s why scientists want NASA to send a flagship mission to the strange planet

Scientists originally missed the find because the reddish dusty ring closest to Uranus wasn’t visible in any individual image — Regan had to combine a host of images together for the feature to appear. “He took hundreds of images, stacked them together, to produce this image of the Uranian system,” Hedman said. “This is the most comprehensive view of the zeta ring that exists and we didn’t know it was in the Voyager data for decades.”

The new image combined with the previous two Voyager photographs offered Hedman and his colleagues enough information to calculate the ring’s distance from Uranus, about 23,000 miles (37,000 kilometers) above the planet, and to estimate its brightness.

“The trick is that the location of this ring didn’t match the Voyager images,” Hedman said of the Keck observations. “Something had changed about this ring over the course of 20 years. We’re still not entirely sure what that was, though.”

And the zeta ring didn’t just inch away from the planet during those two decades it went unmonitored; it also registered a stronger signal in the Keck observations than it had in Voyager 2’s view.

“It got significantly brighter, which means dust got introduced to the system sometime in those 20 years,” Hedman said. “Now, what did that? We have no idea.”

— NASA really wants to probe Uranus and could start planning next year
— James Webb Space Telescope captures stunning image of Neptune’s rings and moons
— What would you name a Uranus probe? The internet’s answers are about what you’d think

Hedman suggested that Uranus could have been hit by a space rock that fragmented into debris and settled in the zeta ring, or that perhaps the changing seasons could be responsible, but both are merely ideas. Whatever happened must have been dramatic enough to affect the rings, but also have slipped under scientists’ radar.

NASA will begin planning a major mission to explore the Uranus system in the coming years, but scientists won’t have data from that mission for a couple of decades. However, Hedman noted that the James Webb Space Telescope had captured a dazzling image of similar rings around Neptune, released in September.

“Fortunately, there is a telescope that seems to be very good at looking at dusty rings around planets,” he said. “So that might be nice.”