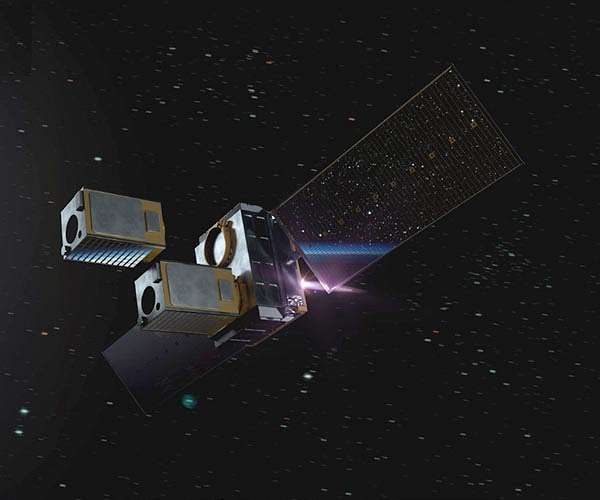 Momentus Inc. (NASDAQ: MNTS), a U.S. commercial space company that plans to offer transportation and other in-space infrastructure services, has announced that its Vigoride orbital transfer vehicle has arrived at Cape Canaveral, Florida, for its inaugural launch.

The Vigoride spacecraft and customer payloads will now be integrated with SpaceX’s Falcon 9 launch vehicle ahead of the Transporter-5 mission targeted for launch in May. The primary goals of Vigoride’s inaugural mission are to test the spacecraft in space, learn from any issues encountered, and incorporate lessons learned into future vehicles. Momentus will also take customer payloads to orbit and generate a small amount of revenue.

“The arrival of Vigoride at Cape Canaveral, the storied starting point for so many space missions, marks the completion of an extensive ground test and assembly campaign to prepare the vehicle for its first flight,” said Momentus Chief Executive Officer John Rood. “Our team will be conducting close-out work on the vehicle before our hardware is integrated with the launch vehicle. It’s been quite a journey for our team, and we are looking forward to seeing Vigoride in orbit soon.”

Momentus welcomes FOSSA Systems and Orbit NTNU among its customers who will be flown on Vigoride’s first flight. In addition to Vigoride, Momentus plans to use a third-party deployer from a trusted partner organization to aggregate rideshare demand from customers. Momentus customer Bronco Space, at the California State Polytechnic University at Pomona, will be on this third-party deployer, along with four other satellite payloads.

“Access to Low-Earth Orbit is a critical enabler for a thriving and diverse space economy,” said Rood. “We are honored to support our customers as they undertake this critical part of their journeys and contribute to expanding and advancing the utilization of space.” 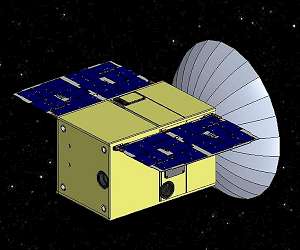 
A microwave oven-sized CubeSat weighing just 55 pounds will serve as the first spacecraft to test a unique, elliptical lunar orbit as part of the Cislunar Autonomous Positioning System Technology Operations and Navigation Experiment (CAPSTONE). As a pathfinder for Gateway, a Moon-orbiting outpost that is part of NASA’s Artemis program, CAPSTONE will help reduce risk for future spacecraft by validating innovative navigation technologies and verifying the dynamics of this halo-shaped orbit.