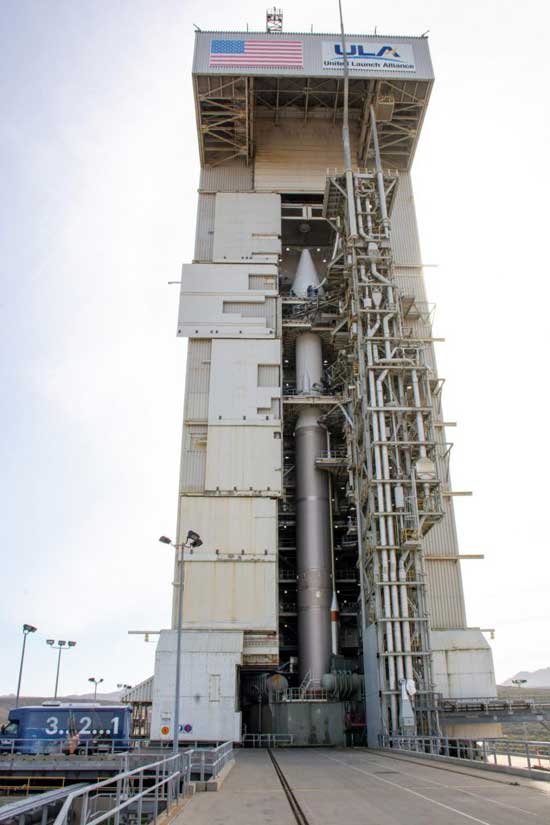 Both JPSS-2 and LOFTID remain healthy and ready for launch. A faulty battery on the Centaur upper stage of the Atlas V rocket delayed the launch. Technicians have activated a replacement and will exchange and retest the battery, clearing the way for the launch to proceed.

The Joint Polar Satellite System is the latest generation of NOAA’s polar-orbiting environmental satellites. JPSS is a collaborative program between NOAA and NASA, and through its series of five satellites, JPSS will provide critical observations well into the 2030s. JPSS currently includes two satellites – the Suomi National Polar-orbiting Partnership (Suomi NPP), and NOAA-20. NOAA’S JPSS-2, the third satellite in the Joint Polar Satellite System series will capture data to inform weather forecasts, helping scientists predict and prepare for extreme weather events. Upon reaching orbit, NOAA will rename the satellite to NOAA-21.

Launching as a secondary payload with the satellite is LOFTID, which will demonstrate inflatable heat shield technology for atmospheric entry and re-entry. The technology could be used for crewed and large robotic missions to destinations such as Mars, Venus, Titan, as well as returning heavier payloads to Earth. LOFTID is set to splash down about 500 miles off the coast of Hawaii, where a team will be standing by on a ship to recover LOFTID.

Stay connected with the mission on social media, and let people know you’re following it on Twitter, Facebook, and Instagram using the hashtags #JPSS2 and #LOFTID.