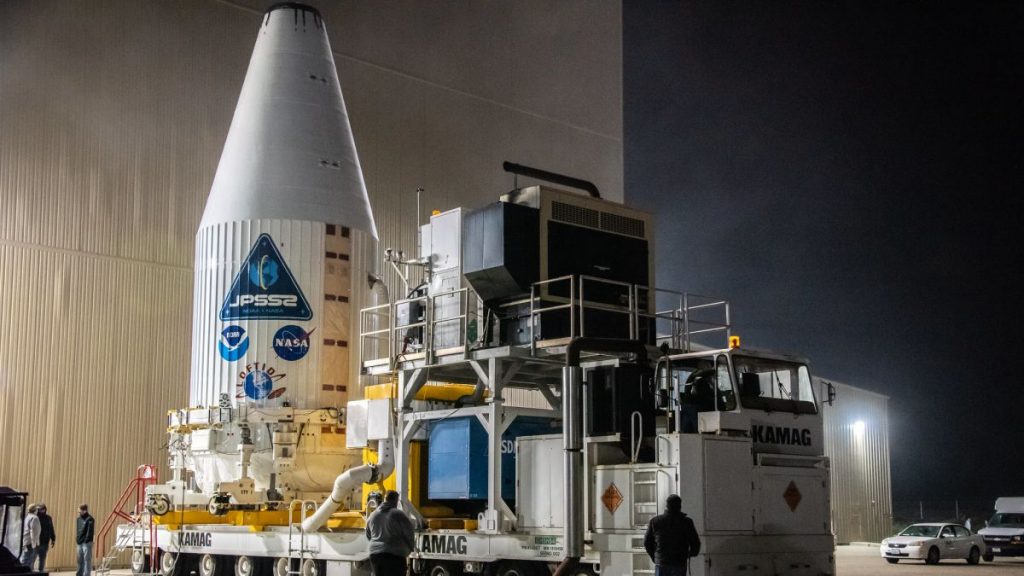 A powerful new Earth-monitoring satellite will have to stay on its home planet a little longer.

The Joint Polar Satellite System-2 satellite, or JPSS-2 for short, was supposed to launch atop a United Launch Alliance (ULA) Atlas V rocket from California’s Vandenberg Space Force Base on Tuesday (Nov. 1).

Over the weekend, however, NASA and ULA announced that the launch team needs to replace a battery on the Atlas V’s Centaur upper stage. As a result, the JPSS-2 liftoff “is now planned for no earlier than Wednesday, Nov. 9, pending range availability,” NASA officials wrote in a brief update (opens in new tab) on Saturday (Oct. 29).

JPSS-2 will be operated by the U.S. National Oceanic and Atmospheric Administration. The satellite will launch to a polar orbit around Earth, from which it will study our planet with five different science instruments.

JPSS-2’s data will aid scientists in a variety of ways, from improving weather forecasts to monitoring the impacts of climate change, mission team members have said.

— The top 10 views of Earth from space

Also packed atop the Atlas V is an inflatable heat shield called the Low-Earth Orbit Flight Test of an Inflatable Decelerator (LOFTID). LOFTID will ride to orbit, then come back to Earth at high speed before deploying parachutes and splashing down in the Pacific Ocean near Hawaii.

Researchers will study how LOFTID performs during this test run, to assess the potential of inflatable heat shields to land heavy payloads on Mars and other planets.