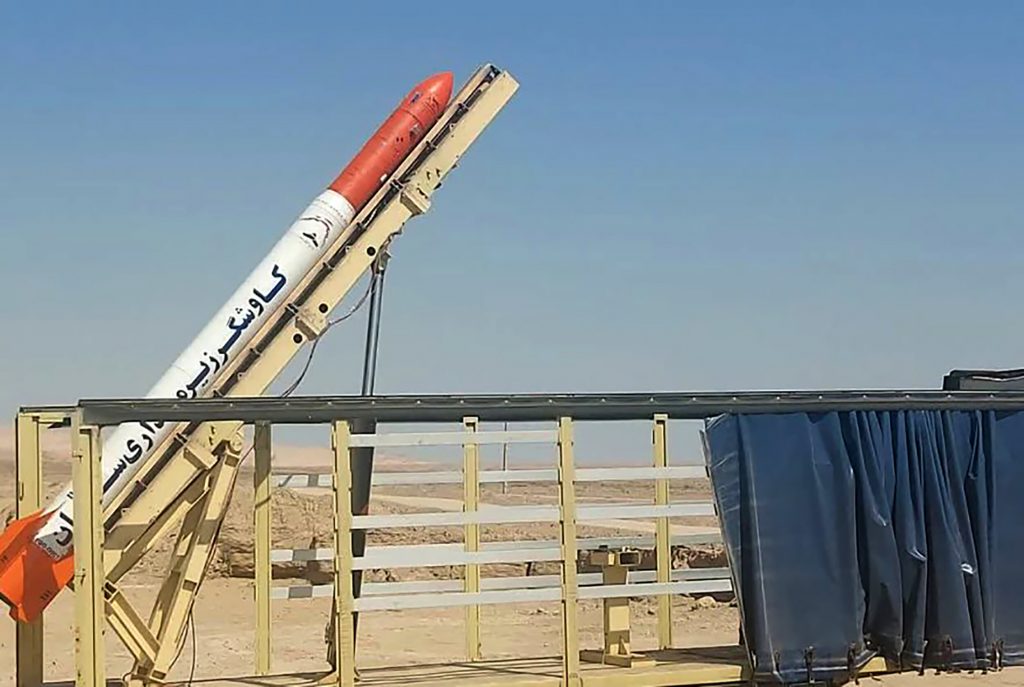 State TV said the Saman test spacecraft was built by the country’s Space Research Center and launched Monday by the Defense Ministry.

Hassan Salarieh, chief of the Islamic Republic’s space agency, told state TV that officials “hope to use and test the main tug in near future.” Iran unveiled the craft in 2017. A space tug can transfer a satellite from one orbit to another.

Iran has long pursued a space program saying it is aimed at peaceful purposes. The country has both a civilian and a military space program, which the U.S. fears could be used to advance its ballistic missile program.

In June Tehran had launched a solid-fuel rocket into space and in August a Russian rocket successfully launched an Iranian Khayyam satellite into orbit. It’s named after Omar Khayyam, a Persian scientist who lived in the 11th and 12th centuries.

However, Iran has seen a series of mishaps and failed satellite launches over recent years.

Iran’s paramilitary Revolutionary Guard in April 2020 revealed its own secret space program by successfully launching a satellite into orbit. The Guard operates its own military infrastructure parallel to Iran’s regular armed forces.

Citation:
Iran says it launched test ‘tug’ into suborbital space (2022, October 4)
retrieved 4 October 2022
from https://phys.org/news/2022-10-iran-suborbital-space.html
This document is subject to copyright. Apart from any fair dealing for the purpose of private study or research, no
part may be reproduced without the written permission. The content is provided for information purposes only.