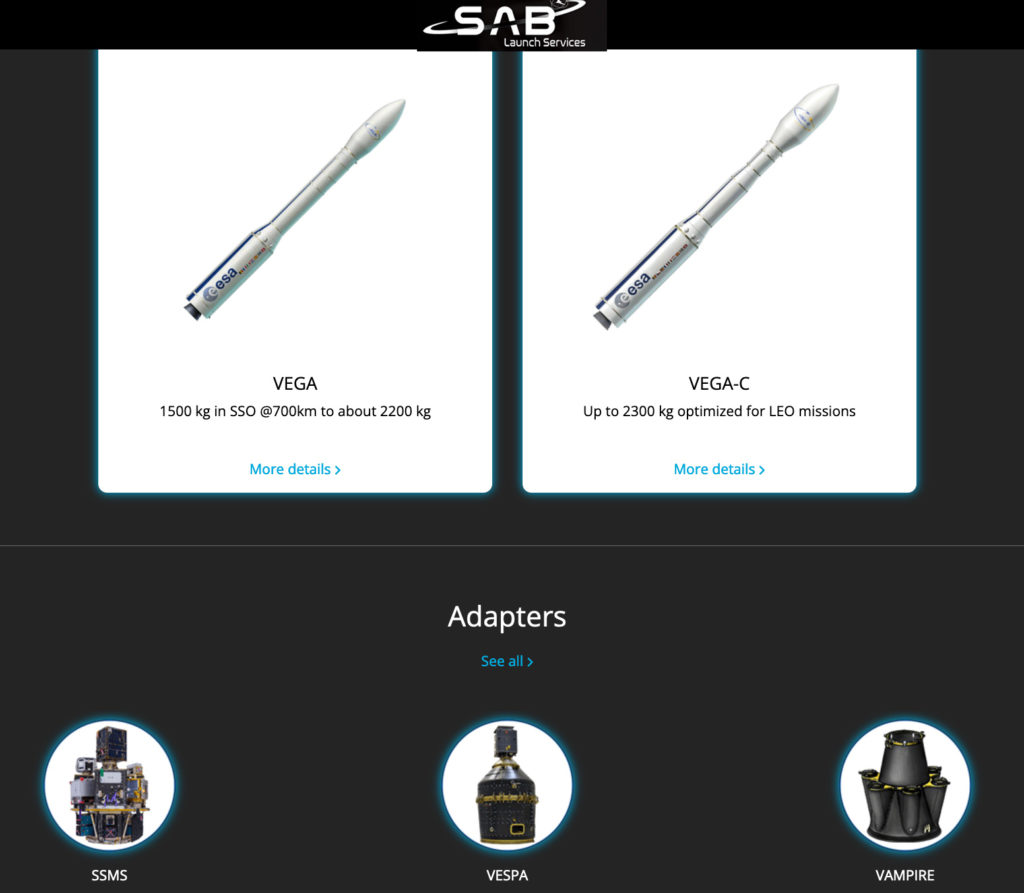 ICEYE delivers proven and reliable Earth Observation (EO) solutions and offers the rapid delivery of high-precision SAR satellites and data to its customers, allowing them to take full control of their mission.

The partnership between SAB and ICEYE highlights the modularity and flexibility provided by the VEGA-C launcher System in combination with the SSMS Dispenser. The two ICEYE spacecraft will be flown on VEGA-C mission VV23, the first flight of the SSMS on the new rocket, which had a successful maiden flight in July.

The two spacecraft will be accommodated in VV23 on the upper part of the SSMS dispenser together with the two main passengers of this mission. The final aggregate counts a total of 5 smallsats and a large number of deployers, including institutional as well commercial cubesat customers from all over the world. Thanks to the AVUM performance, the aggregate will be released in 3 different orbits, whereas one of them has been specifically selected by ICEYE.

“We are excited to be launching a pair of our SAR satellites in early 2023 and to continuously grow our SAR constellation,” said Aloïs Lepâtre, Launch Manager at ICEYE. “SAB has been extremely supportive of our integration and orbit needs, and we acknowledge the flexibility and ownership we were given by being able to select an orbit that meets our specific requirements.”

“SAB is very proud to announce the signature of this Launch Service agreement which is a big achievement for our company, which can now be recognized also as a Launch Service provider for mcrosatellites, in particular for one of the most relevant constellations in the world”, said Marco Mariani, CEO of SAB Launch Services, during the event organized at IAC. “This agreement shows the appreciation from commercial customers for VEGA Services, including those used to take advantage of Non-European launch services in the past. I think that the service we are able to offer is very peculiar since it leverages on VEGA performance and on the SSMS System. Therefore, we can provide spots in rideshare missions, flying the satellites not-cantilevered, and offering our customers the possibility to select the orbit. I see these three factors as a winning mix, which places our entire organization in a unique position to compete and win on the worldwide launch market. ICEYE is definitely a very important partner and we will do our best to reinforce this cooperation.”