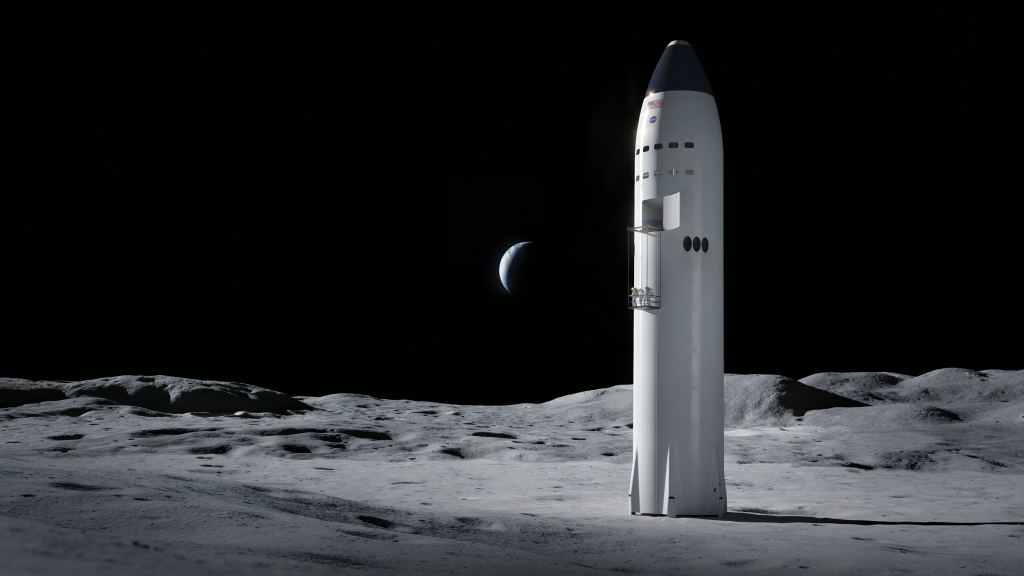 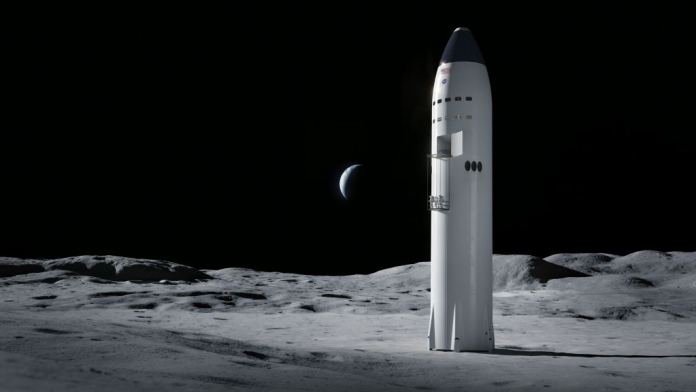 In May of last year, NASA announced that it had selected 11 aerospace companies to study and produce prototypes for a Human Landing System (HLS). This decision was made as part of Project Artemis and NASA’s commitment to return humans to the Moon by 2024. A year later, the administration shared that they had narrowed the field down to three companies – SpaceX, Blue Origin, and relative newcomer Dynetics.

For their part, SpaceX is working on a modified version of the Starship, the commercial vehicle SpaceX is currently testing at Boca Chica. As an HLS, this spacecraft would be a fully reusable system, and also capable of integrating with the Orion spacecraft and the Lunar Gateway. According to recent statements Musk made on Twitter, the HLS version of the Starship will also have some interesting design features

It all began when NASA Administrator Jim Bridenstine posted a tweet on June 8th, where he drew comparisons between the HLS partnership and the Commercial Crew Program (CCP) program. As part of their commitment to restore domestic launch capability to the US, this program partnered with SpaceX and Boeing to develop crew-capable spacecraft.

This program achieved a tremendous milestone on May 30th, when the SpaceX Crew Dragon flew astronauts to the International Space Station for the first time. According to Bridenstine, Project Artemis will follow a similar course. Or as he put it, “For the Artemis Moon base, NASA will establish a cost per ton delivered and once again let private companies innovate.”

The lack of forward and rear flaps are something that the public and aerospace enthusiasts could not help but notice when the image went public. Another feature, which Dodd asked about, is the oblong-shaped apertures on the sides of the hull about two-thirds of the way up from the main thrusters. In another image that was recently released, these apertures appear to be emitting light or thrust.

Dodd was sure to ask if these apertures were additional thrusters or landing lights (which some have suggested). Musk has yet to clear that one up, but the latter possibility has been speculated to be for the sake of assisting the spacecraft when it attempts to land on parts of the Moon whenever (and wherever) sunlight is not reaching the surface.

Another question Musk was sure to address had to do with the HLS Starship‘s landing legs, and whether or not they would be the same as what the commercial Starship uses. These landing legs came to the public’s attention during the successful cryogenic load test of the SN4 prototype, which prompted questions, speculation, and even an animation of what they might look like deploying.

Musk replied that SpaceX is “working on new legs. Wider stance & able to auto-level. Important for leaning into wind or landing on rocky & pitted surfaces.” If SpaceX secures the HLS contract, as part of NASA’s Next Space Technologies for Exploration Partnerships (NextSTEP-2), the lunar lander Starship will include a spacious cabin capable of housing a full crew of astronauts and two airlocks to accommodate moonwalks.

Like the commercial Starship, it will be a fully-integrated vehicle that will launch atop the company’s Super Heavy booster. This sets SpaceX’s HLS concept apart from their competitors, which are designed to be launched by United Launch Alliance (ULA) Vulcan Centaur launch system or a Blue Origin New Glenn Rocket.

All three of these concepts will be capable of transporting crews to and from an Orion spacecraft or the Lunar Gateway as well. This is essential in order for NASA to fulfill its commitment to not only return to the Moon by 2024, but also establish a “sustainable program of lunar exploration” by 2028. All of this, as NASA has insisted, will serve as a stepping stone for the first crewed missions to Mars.