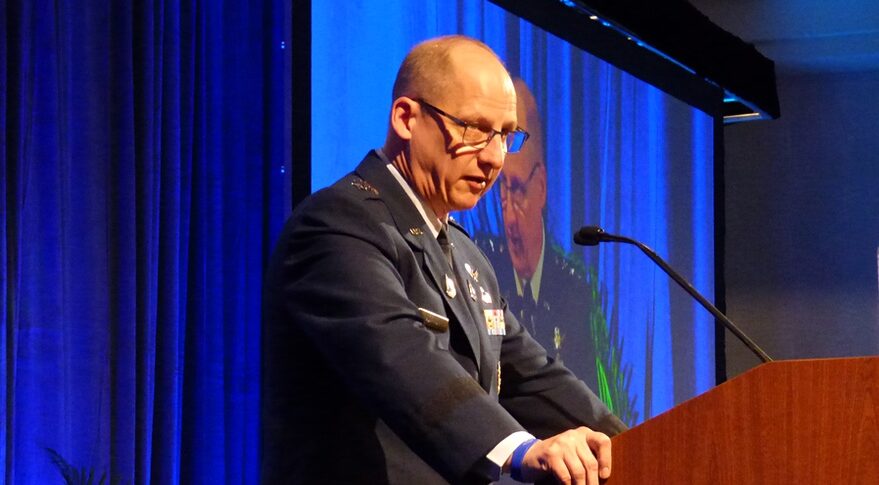 WAILEA, Hawaii — With space essential to military operations, better understanding of what objects are in orbit and the threats they may pose is “foundational” for space security, a Space Force general said.

Speaking at the Advanced Maui Optical and Space Surveillance Technologies (AMOS) Conference here Sept. 28, Lt. Gen. Michael A. Guetlein, commander of Space Systems Command, said that as warfighters acknowledged they need space assets to carry out their missions, it’s incumbent on the service to better track potential threats to those assets.

“I’ll tell you for the first time in my career,” he said, “the joint warfighter has come to grips with the fact that they cannot win without space.”

Guetlein argued that requires improving those capabilities. “The days of us focusing only on maintaining the space catalog of knowns is over,” he said. “Not only are we focusing on what we know is out there, we’re searching for new objects. We are identifying where those objects came from, why they are there and what their intents are.” He added that also means “being able to defend against those objects if necessary.”

He emphasized the need for improved cooperation with industry, academia and international partners, which involves overcoming traditional barriers to sharing space domain awareness information. “We’ve got to lower the classification level” of such data that has traditionally been highly classified. “All we’re doing is hiding from ourselves. We got to start having the critical conversations and opening up the dialogue.”

Those efforts have new urgency given the growing capabilities of China and Russia to attack satellites. “I wish I could come up here and say the threat is getting better. But the threat is only getting worse,” he said. He was particularly concerned about China, claiming that demographic and economic challenges China would face in the coming years could create a “nexus of ambition and desperation” that could lead to conflict that extends to space.

“In order to deter the threat we have to have overmatch. Today, I can stand up here and tell you without a shadow of a doubt that we have overmatch,” he said. “But the threat is proving themselves intent on changing that status quo.”

Guetlein, though, balanced that concern with optimism about the “unprecedented level of unity of effort” within Defense Department and intelligence community to tackle challenges from acquisition to improved relationships with industry.

“We’ve seen space become even more congested and contested. And initially, I will tell you, we as a nation were slow to respond. We were distracted by what was happening in the Middle East,” he said. “But I’m proud to tell you that we are seeing a strategic shift across the entire landscape of both DoD, IC and our international partners and we are laser-focused on countering that rising threat.”