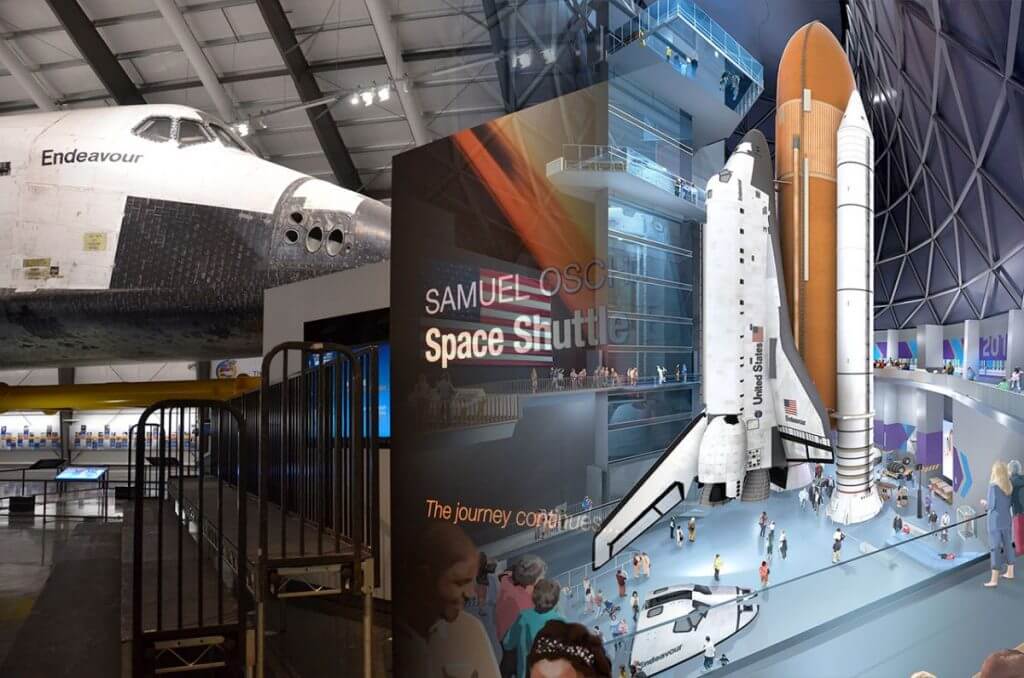 More than a decade after it was grounded, NASA’s retired space shuttle Endeavour is soon to be the focus of a groundbreaking.

The California Science Center in Los Angeles is set to begin construction of the Samuel Oschin Air and Space Center, a new museum that will display Endeavour vertically, as if poised for another launch, complete with a fuel tank and two side-mounted boosters.

“It will be an incredibly dramatic display, but it will also allow us to put on display the whole system,” Jeffrey Rudolph, president and chief executive officer of the California Science Center, said in an interview with collectSPACE.com. “The orbiter alone could not go into space. By putting the whole system on display, it will allow us to talk more about the engineering and science behind it and what it takes to go into space.”

A ceremonial groundbreaking is scheduled for Wednesday, June 1, 11 years to the day after Endeavour returned from Earth orbit for the final time.

The last of NASA’s five space shuttle orbiters to enter service, Endeavour, or OV-105, landed from its 25th and final mission on June 1, 2011. Fifteen months later, after NASA engineers stripped out its hazardous materials and removed its engines to be reused by moon-bound rockets, Endeavour was mounted to the top of a modified Boeing 747 and ferried from Florida to California.

Touching down at Los Angeles International Airport on Sept. 21, 2012, Endeavour was lowered off its carrier aircraft and placed into a hangar to wait the next leg of its journey. “Mission 26,” as it was dubbed, saw the orbiter embark on a three-day, 12-mile (19 kilometers) road trip.

Rolling up to its new home on Oct. 16, 2012, the orbiter entered the then-new Samuel Oschin Space Shuttle Endeavour Display Pavilion, a temporary building named after the late entrepreneur and philanthropist whose family foundation made a “transformational gift” to the science center. Two weeks later, on Oct. 31, the public was invited inside to get its first close look at the spacecraft on display.

Endeavour has been on horizontal exhibit ever since. In 2014, the science center opened the orbiter’s payload bay doors to install a Spacehab module as a first, early step toward the shuttle’s future exhibit in the Oschin Air and Space Center. A year later, NASA entered Endeavour’s mid-deck to remove waste water tanks for reuse as a storage system aboard the International Space Station.

In 2016, NASA’s last remaining built-for-flight space shuttle external tank, ET-94, completed its own journey from the New Orleans assembly facility where it was built to the California Science Center to eventually join Endeavour as part of its future vertical display. Similarly, in 2020, a pair of flight-worthy (though inert) solid rocket boosters were delivered by Northrop Grumman to the Mojave Air and Space Port in southern California to await becoming part of the science center’s full shuttle stack.

The June 1 ceremony will be attended by science center officials, local and state elected leaders and other special guests still to be announced. The event is not open to the public, though the science center plans to share updates on that day through its social media channels.

Set to rise adjacent to the California Science Center’s main building, the Samuel Oschin Air and Space Center is expected to take about three years to complete. Additional details, including when Endeavour’s horizontal exhibit will close and when the vehicle is planned to go vertical, are expected to be revealed on June 1.

Endeavour’s current exhibit helped shape the plans for what is to come next.

“What I have seen in years of exhibiting Endeavour is that the public is fascinated by and love space travel, but the level of their understanding is still relatively limited,” said Rudolph. “We have learned a lot over the years, and not just for this exhibit, but our whole approach has continued to evolve and grow.”