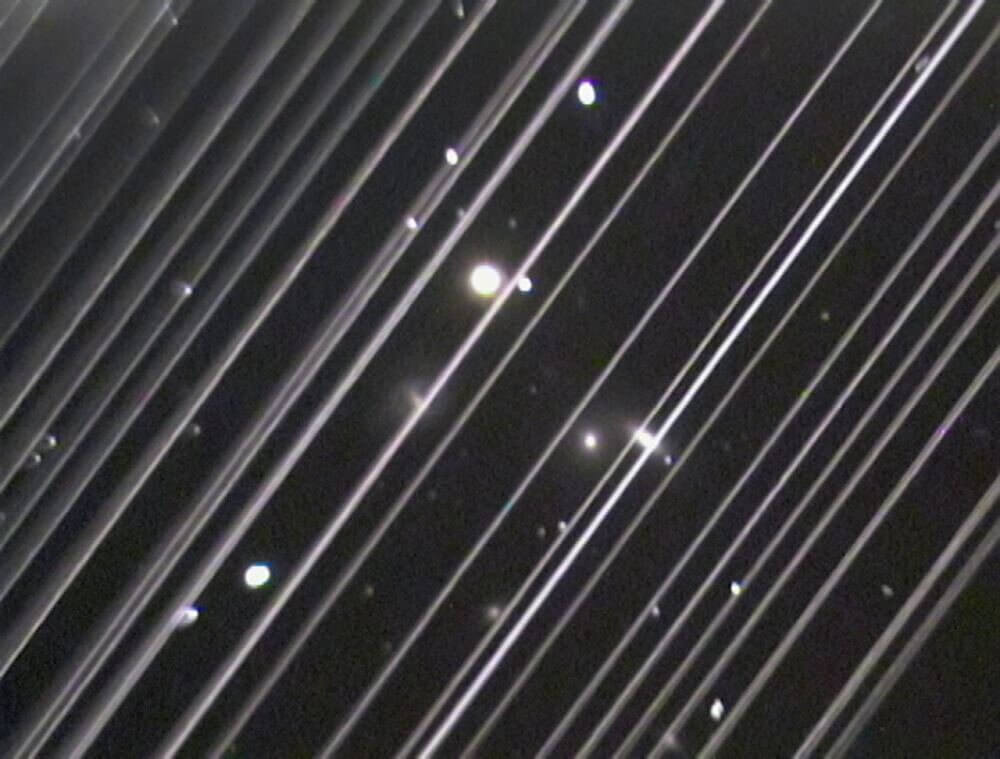 The growing population of communication satellites such as Starlink and OneWeb is posing challenges for Earth-based astronomy facilities. Since such constellations will not be going away soon, astronomers want to find ways to work around the issue.

It’s not going to be easy, considering that thousands and thousands of low-Earth satellites (LEOsats) could potentially be placed in low-Earth orbit in the next few years. So, what are the solutions?

Satellite streaks, and what can be done

LEOsats are particularly visible from Earth because they reflect sunlight. This is particularly noticeable at twilight. As they move across the sky, they leave streaks in telescope images. People from the astronomy and satellite operators communities are working together to solve the complex problem. People have suggested the idea of “painting the satellites dark” in order to limit their visibility. And, SpaceX has implemented this.

The LSST Consortium has pointed out that if they could all could be darkened to 7th magnitude, they would be far below the saturation in resulting images. But, that doesn’t completely solve the problem if operators do not agree to do this.

Other suggestions include “masking out” the streaks from astronomical images. Or, maybe observatories could “program around” the intrusions. Both of these last two solutions are doable, but they have challenges. In particular, to work around the appearance of satellites during observations, facilities need extremely accurate orbital elements for them. According to astronomer Peter Yoachim (University of Washington), who co-authored a recent paper about satellite mitigation, knowledge of those orbits is important. “I don’t know how well companies will do sharing TLEs (two-line elements),” he said, noting that or his team’s work on avoidance algorithms, he generated his own TLEs.

Vera Rubin Observatory and the LSST

So, can observatories program their way around these passes? Maybe. Let’s look at a real-world example. The Vera Rubin Observatory is one of the latest facilities coming online. It’s a state-of-the-art telescope about to undertake a huge project. That program is called the Legacy Survey of Space and Time (LSST) and it will survey the entire southern sky over a period of ten years. Its results should give astronomers unique insight into the structure and evolution of the universe. Unfortunately, the growing panoply of LEOsats on the LSST project could threaten its discoveries.

VRO scientists estimate from simulations that satellites will heavily affect the LSST observations. They base this on the observing cadence and assuming a full deployment of 42,000 SpaceX satellites. As many as 30% of all LSST images would contain at least one streak. Now, extrapolate that to constellations of 400,000 LEOsats. Most images will have visible streaks, some of them bright.

Yoachim pointed out that it’s not necessarily the brightnesses that concern them first. It’s more about finding ways to avoid streaks as much as possible. “Basically as long as they are faint enough that they don’t saturate our pixels it shouldn’t be too tough to mask them out,” he said. “In theory, brighter satellites might need slightly larger masks (or cause additional cross-talk that needs to be corrected), but that’s not a big difference.”

Streak removal to the rescue?

Now, in many cases, astronomers can remove streaks. However, that also reduces the signal to noise in the remaining pixels. Particularly bright ones such as those created by the BlueWalker 3 test platform, can actually saturate detector pixels. Those streaks bleed into other pixels, wipe out whole columns, and actually “burn in” a persistent image.

However, masking isn’t very efficient when astronomers have to mask tens of thousands of them. There’s also a possibility that masking out streaks could introduce other errors that affect the quality of the science.

Can we ‘not look’ at satellites?

So, what about programming the observatory to simply avoid looking at the sky during satellite passes? It’s complex. Yoachim is part of the team that simulated orbits of currently planned Starlink and OneWeb constellations (about 40,000 of them) to test a proposed Rubin scheduling program. The idea is to somehow “schedule around” the streaky incursions.

This doesn’t come without its problems, according to Yoachim. Not all constellations orbit in the same places. “That is potentially problematic because OneWeb has been using higher altitude orbits, which leaves their satellites illuminated by the Sun longer into the night,” he said. He also noted that dimmer satellites such as Starlink don’t pose the same problems. “For Starlink, even if they make a huge constellation, all the potentially visible satellites will be in Earth’s shadow 64% of our nominal observing time. Being higher up, OneWeb is all in shadow only 30% of the time.”

The rise of very bright orbiting platforms such as BlueWalker 3, brings up the problem of pixel saturation. The good news is that scheduling observations around a BlueWalker 3 pass is a possible workaround. BlueWeb’s parent company AST Spacemobile is also working with astronomers to mitigate the effects of this system on both optical and radio telescopes.

The result of the team’s simulations shows some promise in avoiding many incursions for VRO. Adding in a weighted term in the observatory’s scheduler for illuminated satellites can reduce the number of streaks in observations, but doesn’t solve problems of data loss. And, there are other technical challenges. But, the idea of adding brightness weighting allows astronomers to choose a brightness threshold and add in only those that exceed it.

The authors conclude: “It may be possible to compute optimal starting locations for a series of observations based on satellite forecasts to further optimize satellite avoidance. Finally, since faint trail detection and masking is not perfect, no satellite avoidance strategy will effectively mitigate faint glints and the resulting bogus alerts.”

Finally, any avoidance programming is going to need good orbital data. Although VRO is still some time away from being “on the sky,” Yoachim pointed out the need for accurate TLEs. “Our scheme will only work in real life if we have good TLEs from the operators,” he said.

Citation:
Ground telescopes can adapt to satellite megaconstellations if they get accurate telemetry data (2022, December 6)
retrieved 7 December 2022
from https://phys.org/news/2022-12-ground-telescopes-satellite-megaconstellations-accurate.html
This document is subject to copyright. Apart from any fair dealing for the purpose of private study or research, no
part may be reproduced without the written permission. The content is provided for information purposes only. 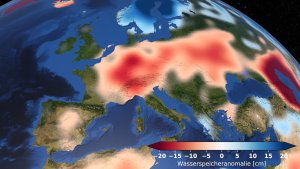