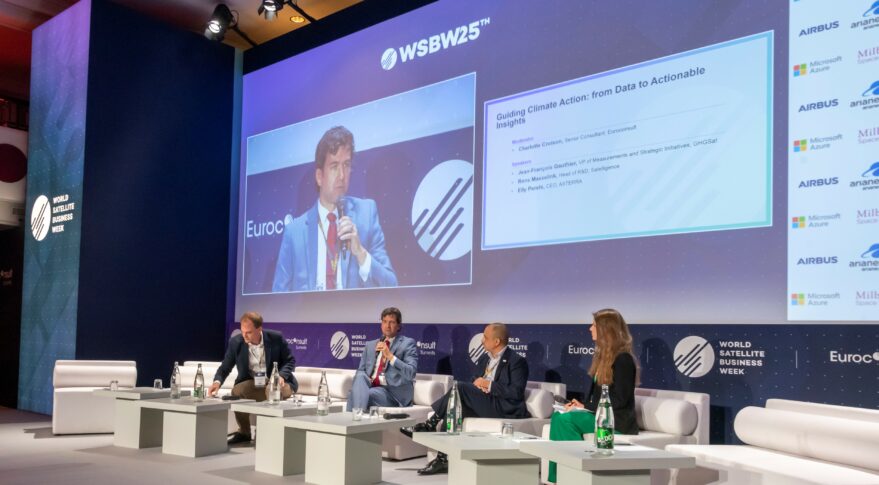 The three satellites, each the size of 16 cubesats, are slated to join the six similarly sized spacecraft that GHGSat currently operates in low Earth orbit.

Joel Spark, co-founder and general manager of Spire’s space services business, told SpaceNews these cubesats would be dedicated to GHGSat and not host other payloads.

He said the satellites will launch in late 2023, although Spire has not yet allocated them a berth under the multi-launch agreements it has in place with launch providers he did not specify.

“By deferring the allocation to closer to the customer’s desired launch time, we’re able to give our customers a high degree of flexibility and protect them from schedule issues with any one vehicle or provider,” he said.

GHGSat’s six operating satellites were built by the University of Toronto’s Space Flight Laboratory (SFL), which is building three more spacecraft targeted for launch in the first half of 2023.

“Hosting GHGSat payloads on Spire satellites allows us to focus on monitoring rather than on satellite manufacturing and operations,” GHGSat CEO Stephane Germain said in a statement.

Additional satellites will enable GHGSat to broaden its coverage and provide more timely insights for applications including the detection of emission leaks.

Jean-Francois Gauthier, GHGSat’s vice president of measurements and strategic initiatives, said the satellite operator also aims to expand its use of drones to improve its analysis.

Companies are seeking to understand more about the greenhouse gases they emit for their “investors, shareholders — also to do the right thing on the environmental side,” he said.

He said the startup is also gaining traction from government and regulatory agencies.

“It’s a much slower developing aspect,” he added, “mainly in our case because of the acceptance of new technologies and the validation that’s required to gain confidence in the results and the quality of the data.”

Gauthier said GHGSat recently achieved a key technology readiness milestone with the European Space Agency that paves the way toward “having more and more of these discussions” with governments.

One of the three satellites Spire is developing will carry the GHGSat’s first payload for detecting carbon dioxide emissions, Gauthier told SpaceNews.

He said GHGSat will likely need to order future satellites depending on demand, but has not decided whether to choose Spire or SFL for these.

Spire is seeing growing demand for the space-as-a-service side of its business, where it manages payload integration, launch, and mission operations for the payloads it hosts.

Spire mainly provides data-gathering and analysis solutions across maritime, aviation, weather, climate, and other markets under its primary business.

The company, which went public in August 2021, outlined potential plans Sept. 14 to raise up to $180 million by selling shares.

Spire declined to comment on how it would use these funds.