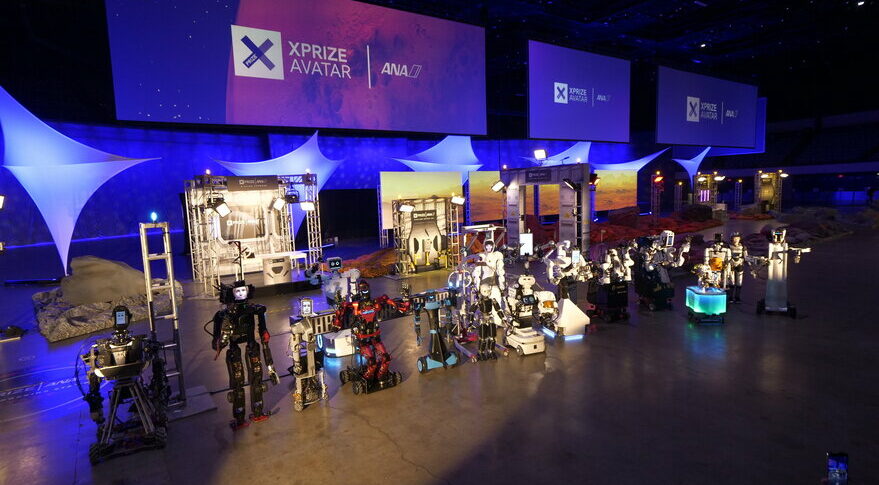 Seventeen teams from 10 countries competed in the two-day finals of the ANA Avatar XPrize at the Long Beach Convention Center. The space exploration theme was designed to help validate the avatar technology for space-related tasks, while engaging the public.

It was the first public XPrize testing event since the $10 million Ansari XPrize was claimed in 2004 by a team led by aerospace engineer Burt Rutan and backed by Microsoft co-founder Paul Allen.

“One of the applications of this type of technology is for harsh environments, where a human would have a difficult time,” Anousheh Ansari, XPrize Foundation CEO and one of the founders of the Ansari XPrize, told SpaceNews. “It could be a fire or a nuclear-meltdown situation, but also the environment of space is not very friendly to human body. It definitely can be a means of exploring extreme environments and surfaces through a means where you’re not only having a robot send pictures to you. You have more sensory information through using avatar systems.”

ANA, Japan’s largest airline, announced its sponsorship of the Avatar competition in 2018.

“When we think about the world that we live in right now, where only about 6% of the population can travel over long distances using airlines, there’s still quite a large gap that we have to fill to connect the world,” said Kevin Kajitani, co-founder and chief operating officer of avatarin Inc., a startup that spun out of ANA Holdings Inc. in 2020.

Avatars could, for example, help business travelers connect with families at home or enable people to visit relatives in remote locations. The space scenario is also “very meaningful because robotic systems could allow humans to go into areas they could not otherwise access,” Kajitani said.

Ansari, who spent eight days on the International Space Station in 2006, said “the ability to see the world through that lens was transformational. That lens gave me a different way of prioritizing everything in my life.”

Since it would be impossible for everyone on Earth to travel to low-Earth orbit, “how do you bring that experience back to them? Being able to use an avatar system to get close to that experience would be still transformational because it goes beyond seeing pictures of Earth from space,” Ansari said. “If you spend enough time in an avatar suit, seeing through the robot’s eyes, your brain starts to think you are the robot.”

In the ANA Avatar XPrize finals, the remote-controlled robots were judged on their interaction with a human commander who explained the challenge and their ability to perform a series of tasks including moving a lever, traversing a 25-meter course lined with boulders, weigh and manipulate canisters, use a battery-powered drill and select a rock based on its texture.

“We made it very difficult,” Ansari said. “On the obstacle course, you’re not only roving but picking things up that are difficult to pick up and moving the hands and fingers to use the drill.”

The avatar built by XPrize winner, NimbRo from the University of Bonn’s Autonomous Intelligent Systems lab, has an upper body that looks like a human torso and two arms with five-finger apiece. Attached to the head is a wide-angle stereo camera, a stereo microphone and a display showing an animated version of the operator’s face.