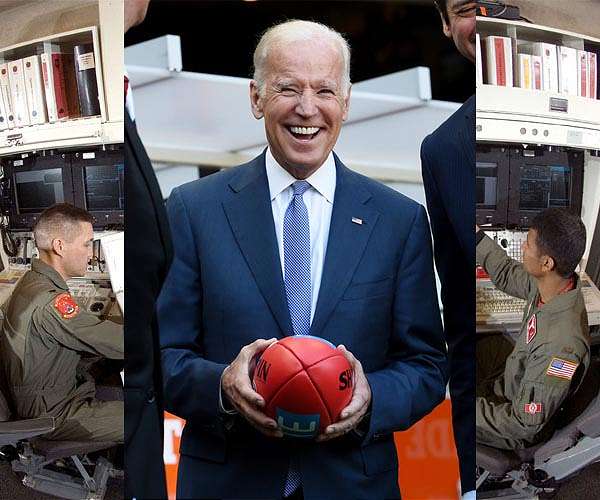 Doomsday could start with a football — the so-called “nuclear football” as the attache case carried wherever the US president goes is popularly known.

The rather awkwardly stuffed black bag doesn’t look like much, the only clue to its importance being that it never leaves the hand of a uniformed military aide.

But inside are top secret codes and plans enabling a president to authorize nuclear strikes — and pick from a sort of menu of targets — anywhere in the world.

In the White House, the president has his secure Situation Room, where he could order war and communicate with military leaders.

But when President Joe Biden, for example, traveled to Puerto Rico, Florida, New York, New Jersey and Maryland within the space of a few days this November, he traveled, as he does everywhere, with his “football.”

According to Biden, Russian President Vladimir Putin is threatening the world with “Armageddon” when he hints at using nuclear weapons against Ukraine.

The US riposte, if it happened, could be launched from the back of the Beast limousine. Or Air Force One. Or a secret bunker.

Or really anywhere the “football” and the president were together.

The public has caught glimpses of the “football,” officially known as the Presidential Emergency Satchel, ever since one was photographed being carried behind John F. Kennedy at his seaside family home in Hyannis Port, Massachusetts, in 1963. Another accompanied Ronald Reagan right into Red Square during his summit with Mikhail Gorbachev in 1988.

More discreet — and also bearing a deceptively innocuous nickname — is the other important element in triggering nuclear war: the “biscuit.”

If the “football” houses the menu of war plans, the “biscuit” contains the codes, known as Gold Codes, by which the president can identify himself and make the order.

About the size of credit cards, one of these is meant to be carried by the president at all times.

Ultra-secret, ultra-secure they may be, but both items have had their share of misadventure.

Bill Clinton was said to have mislaid his “biscuit,” while the one carried by Reagan was inadvertently dumped with his clothing in a plastic hospital bag when he was stripped for surgery after being shot in Washington in 1981.

When Donald Trump’s mob of supporters invaded the Capitol on January 6, 2021, vice president Mike Pence had to flee to safety — along with a military aide holding the backup “football,” which also always accompanies the president’s successor.

The chain of command — legally speaking — could not be shorter.

“The US president has sole authority to authorize the use of US nuclear weapons,” the Congressional Research Service states.

The president does have to identify himself (with the “biscuit” codes) and he can, and presumably would, discuss options with the top brass.

But even if presidents “seek counsel” from military staff, “those advisors are then required to transmit and implement the orders authorizing nuclear use,” the congressional analysis says.

The order would pass through the ranks down to service members manning the switches in silos or submarines or in the air.

The president has no big red button to push and whatever he orders still has to filter through several sets of human beings before becoming reality.

US military personnel are required to disobey illegal orders and, as John Hyten, then the commander of the US Strategic Command (STRATCOM), said in 2017: “We think a lot about these things.”

“If it’s illegal, guess what’s going to happen? I’m going to say, ‘Mr. President, that’s illegal.’ And guess what he’s going to do? He’s going to say, ‘What would be legal?’ And we’ll come up with options, with a mix of capabilities to respond to whatever the situation is, and that’s the way it works. It’s not that complicated.”

In a more extreme situation, the cabinet could theoretically intervene to strip the president of his powers, by invoking the 25th amendment.

That hasn’t happened, although there were numerous claims that high level discussions on the subject took place during the chaotic Trump presidency.

More likely, though, is a far less dire shift in the chain of command for planned medical procedures.

In this way, November 19, 2021, became a historic day: Biden underwent anaesthesia for a colonoscopy procedure and his vice president, Kamala Harris, became the first US woman to serve as commander in chief — for 85 minutes the keeper of the “biscuit” and “football.” 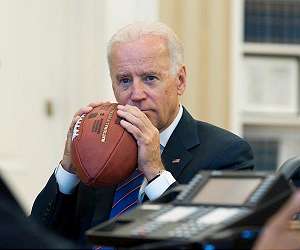 
US President Joe Biden said Thursday the world risks nuclear “Armageddon” for the first time since the Cold War and that he is trying to find Russian President Vladimir Putin’s “off-ramp” in the Ukraine conflict. 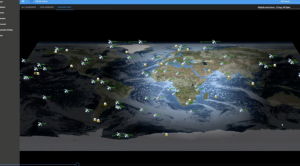