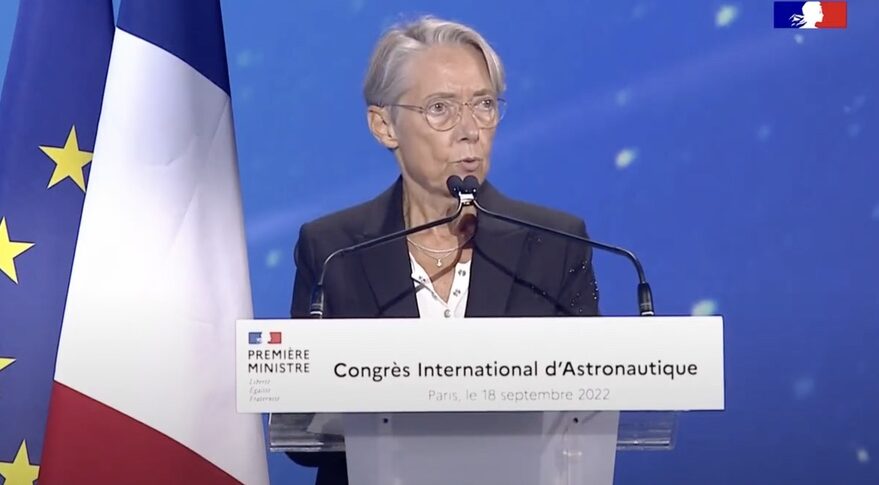 PARIS — France will increase spending on national and European space programs as the European Space Agency works to secure commitments for its own significant budget increase.

In a speech at the opening ceremony of the International Astronautical Congress (IAC) here Sept. 18, French Prime Minister Élisabeth Borne announced the government planned to allocate more than 9 billion euros ($9 billion) to space activities over the next three years, an increase of about 25% over the past three years.

That funding included a “massive” increase in the budget of the French space agency CNES, although she did not give a specific figure, with 1.5 billion euros coming from the “France 2030” investment program to support space and other major industries. The projected increases would also go towards France’s contribution to ESA ahead of its November ministerial meeting where the agency’s 22 member states will set funding for the next three years.

“It’s very good news,” Philippe Baptiste, president of CNES, said of the budget increase at a press conference of heads of space agencies during the IAC later in the day. “We have to decide which fraction of this nine billion is dedicated to ESA and which part of it is dedicated to other kinds of programs.”

In her remarks, Borne emphasized investment in launch vehicles, a major priority for France. “We cannot be dependent on other partners to launch our satellites,” she said in a translation of her remarks in French. “We cannot tolerate that.” That included, she said, supporting both the Ariane 6 as well as emerging commercially developed small launch vehicles.

“We have always invested a lot in launchers,” Baptiste said at an IAC roundtable about the upcoming ESA ministerial. “There is no European strategy in space if we don’t have European access to space.”

The overall increase is in lockstep with ESA’s plans to seek a 25% budget increase at November’s ministerial meeting. ESA will request more than 18 billion euros from its member states to fund existing programs and new initiatives for the next three years.

Josef Aschbacher, ESA director general, defended the increase as a necessity for Europe to keep up with other major space players. During the IAC roundtable, he noted budgets in both the United States and China are rising at similar or even faster rates. “Our proposal of a 25% increase is more or less keeping pace,” he said. “What we are aiming at doing is making sure we are not thrown out of the race.”

He acknowledged during a conference plenary that ESA was seeking that increase in circumstances that are “as difficult as ever before,” including the effects of the pandemic, inflation and other economic concerns, and the ongoing Russian invasion of Ukraine that disrupted many ESA programs. “Our ministerial package in November will be focused to make Europe more independent, more resilient, stronger in terms of its space infrastructure,” he said, making it “a good partner internationally.”

Officials with several major member states expressed optimism about the ministerial. “It was expected that we would not stick together” during the crisis triggered by Russia’s invasion, said Walther Pelzer, director general of the German Space Agency, at the IAC roundtable. “Our top priority in Germany is a strong ESA.”

“The big challenge at the end is to get all the member states going in the same direction,” said Anna Rathsman, director general of the Swedish National Space Agency and chair of the ESA Council, said of the upcoming ministerial.

“The measure of success” for the ministerial, said Aschbacher, “is that the member states, when they come to the table at the ministerial level, are satisfied at the end of the day, and think they’ve done the right thing and the right decisions, and go home smiling.” 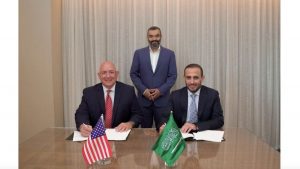 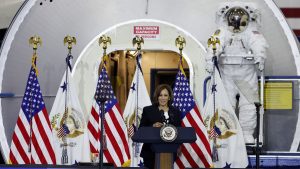