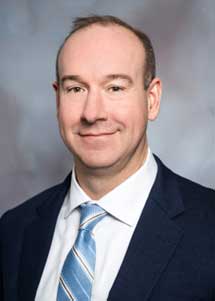 CAMBRIDGE, MA (Draper PR) — The Board of Directors of The Charles Stark Draper Laboratory, Inc., announced today that Dr. Jerry M. Wohletz, a senior executive at BAE Systems, Inc., has been selected as Draper’s next President and Chief Executive Officer.

Wohletz will assume his position on June 27. He succeeds William A. LaPlante, who stepped down as CEO in April after the U.S. Senate confirmed his nomination by President Biden as Under Secretary for Defense for Acquisition and Sustainment. Tara Clark, who has been serving as Draper’s Acting President and CEO, will return to her role as Vice President for Operations when Wohletz begins his duties.

Draper’s Chairman of the Board, David R. Shedd, is delighted to welcome Wohletz to Draper. Shedd noted that “Jerry brings a breadth and depth of experience as Draper’s next president and CEO that make him ideal for this position. His widespread reputation as a strong leader with a long-standing commitment to the pursuit of excellence in the national security sector underscores why Jerry is an outstanding choice to lead Draper for the coming years.”

Wohletz was most recently vice president and general manager of BAE Systems Electronic Combat Solutions, responsible for managing all stages of the electronic warfare product life-cycle, including capture, development, production and sustainment. Based in Nashua, N.H., the unit’s product portfolios total $1.5 billion in annual revenues, with products installed on 80% of U.S. military aircraft. Wohletz led a strategy focused on reinventing the core business, creating new growth drivers and re-imaging the future of electronic warfare. He also served as the executive interface for an extensive customer base that included senior Department of Defense officials as well as global defense organizations.

Over his 22-year BAE career, Wohletz held several other senior positions. Before joining Electronic Combat Solutions, he served as vice president and general manager for BAE Systems FAST Labs, which conducts research focused on advanced electronics, autonomy, cyber, electronic warfare and sensors and processing. He restructured the research and development organization across all U.S. operations to include a commercial CTO model, leveraging external, often commercial technologies for military and aviation customers.

Wohletz’s appointment as Draper’s new president and CEO comes as the company continues to execute on its Strategic Plan and build on its strong performance during Fiscal Year 2022.

Of his selection, Wohletz said, “Draper’s next-generation innovators work every day to advance a mission that I’m incredibly passionate about. Steeped in technical excellence and formidable achievement, it is an honor and privilege to join this team, and I look forward to collaborating with government, academia, and industry partners to help our customers fulfill their critical missions.”

At Draper, we believe exciting things happen when new capabilities are imagined and created. Whether formulating a concept and developing each component to achieve a field-ready prototype or combining existing technologies in new ways, Draper engineers apply multidisciplinary approaches that deliver new capabilities to customers. As a nonprofit engineering innovation company, Draper focuses on the design, development and deployment of advanced technological solutions for the world’s most challenging and important problems. We provide engineering solutions directly to government, industry and academia; work on teams as prime contractor or subcontractor; and participate as a collaborator in consortia. We provide unbiased assessments of technology or systems designed or recommended by other organizations—custom designed, as well as commercial-off-the-shelf. Visit Draper at www.draper.com. 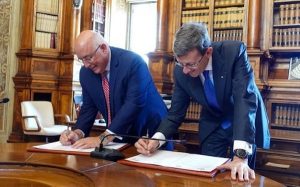 Parabolic Arc May 25, 2022
NASA to roll Artemis 1 moon rocket back out to pad for testing in early June 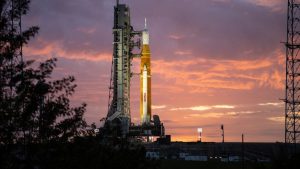