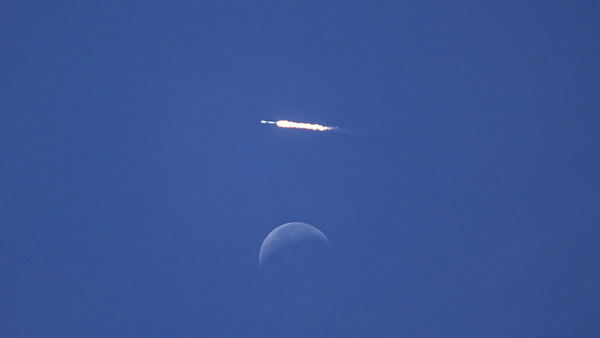 SpaceX Falcon 9 launches to the International Space Station and the moon and the second flight of Europe’s Vega-C rocket have been rescheduled due to various reasons.

SpaceX was forced to postpone the launch of its CRS-26 Cargo Dragon mission to the International Space Station due to inclement weather in Florida. The launch has now been rescheduled for tomorrow.

The launch of ispace’s Hakuto-R lander to the moon has been delayed two days. The lander will carry the United Arab Emirates’ Rashid rover, a transformable Japanese robots, and other payloads to the surface. NASA’s Lunar Flashlight orbiter, which will search for water ice on the surface, is a secondary payload on the mission.

Arianespace has delayed the second launch of the Vega-C rocket due to defective equipment on the booster. The booster was to have launched the Pléiades Neo 5 and Pléiades Neo 6 satellites to complete Airbus Defence and Space’s Earth Observation constellation on Tuesday.

Arianespace has set Dec. 20 as the new launch date.