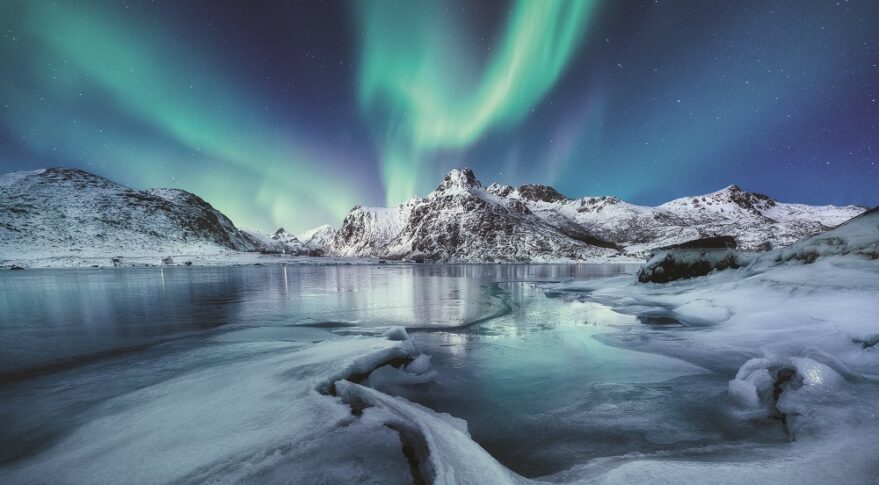 It was a natural fit for the Finland-based SAR constellation operator founded in 2014. Eight years later, the Arctic remains a key market for Iceye due in part to its lack of terrestrial infrastructure.

“The only way to monitor it is through satellites,” Modrzewski said.

As Arctic sea ice dips to new lows, economic activity in the region is picking up. Meanwhile, soil under the Arctic tundra is thawing while some vegetation above is flourishing. To track the changes, companies and academic researchers often turn to satellite-based data products.

Spire Global, for example, is developing datasets to help people make decisions about what to do as the Arctic region evolves over time, said Kevin Petty, Spire vice president of weather and Earth intelligence.

With a fleet of more than 110 satellites, Spire tracks the movement of ships and airplanes through the region in addition to gathering atmospheric temperature, pressure and moisture data by noting how signals from GPS and other Global Navigation Satellite Systems change as they pass through the atmosphere.

By observing how the same signals reflect off Earth’s surface, Spire also can provide customers with data on soil moisture levels and sea ice.

Planet is shedding light on the Arctic with more than 200 satellites in polar orbit acquiring electro-optical imagery.

“This is a type of application that we’re starting to see pick up quite a bit because we have so much coverage both spatially and temporally across the Arctic,” said Tanya Harrison, Planet scientific strategy director.

For instance, Sarah Cooley, a University of Oregon assistant professor, applies machine learning to Planet imagery to track changes in hundreds of thousands of Arctic lakes in areas where the permafrost stores carbon.

“Her results are suggesting that the combined action of all of these small lakes is actually going to be quite a substantial greenhouse gas source moving forward,” Harrison said. “That research is only possible with a dataset like this, because she’s looking at subseasonal scale over a massive area of the Arctic.”

Maxar, meanwhile, is working with the World Wildlife Fund UK and the British Antarctic Survey to track the movement of walrus around the northern Atlantic Ocean and the Laptev Sea near Siberia. Using satellite images, private citizens are encouraged to help locate walrus on land. Researchers will use the information to study how the marine mammals are responding to the loss of sea ice.

Still, aside from public and private research initiatives, satellite constellation operators see greater demand for Earth observation data for Ukraine, the Middle East and other areas of conflict than for the Arctic.

“We haven’t seen much demand,” said Payam Banazadeh, founder and CEO of Capella Space, a SAR satellite operator. “That could change with shipping lanes opening up, but we haven’t seen that just yet.”

As a result, some satellite constellation operators have been reluctant to perform radiometric calibrations of optical sensors to enhance their ability to capture imagery of snow and ice at high latitudes.

“There are seasons when they can collect data, but there are large spans of time when anyone with an interest in the Arctic has to look to other portions of the electromagnetic spectrum,” said Mark Knapp, former vice president for defense and intelligence programs at geospatial intelligence company Preligens.

This article originally appeared in the May 2022 issue of SpaceNews magazine.

From the Magazine
Arctic