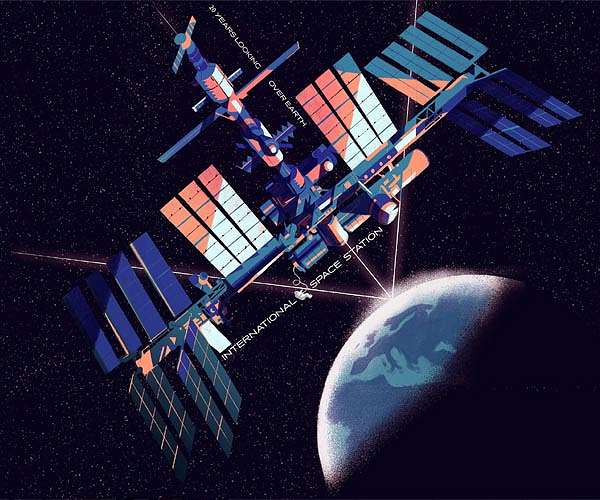 The European Space Agency announced five new career astronauts as well as history’s first astronaut recruit with a disability on Wednesday after adopting a record budget to fund its projects.

“I’m European but from the UK,” Coogan told the ceremony. Though Britain has left the European Union, it remains in the ESA.

The new recruits start training next year and are not expected to blast off into space on a mission until 2026.

They will join the astronauts from the ESA’s previous 2009 astronaut class, which include Britain’s Timothy Peake and France’s Thomas Pesquet. It is from that previous class that an astronaut will be selected to go to the Moon as part of NASA’s Artemis mission.

“No one is retiring today,” Pesquet said, advising the new recruits to “hang on tight”.

The ESA also announced the first astronaut recruit with a physical disability, British doctor and Paralympian John McFall, who will join a separate “parastronaut feasibility programme”.

The 41-year-old’s right leg was amputated after a motorcycle accident at the age of 18. He became a sprinter, winning bronze at the 2008 Paralympics.

“It had been quite a whirlwind experience, given that as an amputee I’d never thought being an astronaut was a possibility,” he said.

The ESA also established an astronaut reserve of six women and five men who passed the selection process and can be called up in future if needed.

The new astronauts were named after two days of tough talks by ministers from the ESA’s 22 member states meeting in Paris to decide on the agency’s future funding.

They settled on a budget of 16.9 billion euros ($17.5 billion) for the next three years, a 17-percent increase from the 14.5 billion euros agreed at the last ministerial council meeting in 2019.

But it was well short of the 18.5 billion requested by Aschbacher.

“With inflation being so high, I have to say that I’m very impressed by this figure,” Aschbacher told the meeting.

Aschbacher said the increased funds were necessary for Europe not to “miss the train” in the face of competition in space from the United States and China.

Negotiations about each country’s contribution continued until the last moment before the announcement.

However the total committed remains far below NASA’s budget of $24 billion for 2022 alone.

Earth observation programmes, which monitor climate change back on Earth, had a six percent funding increase to almost 2.7 billion euros.

The budget for rocket launcher systems was increased by a third to 2.8 billion euros.

Launchers, which were a subject of delicate negotiations, are crucial for Europe to be able send missions into space without outside help.

The ESA has struggled to get off the ground since Russia withdrew its Soyuz rockets earlier this year in response to European sanctions over Moscow’s invasion of Ukraine.

The job has been made more difficult by delays to its flagship Ariane 6 rocket, which was supposed to have its maiden flight in 2020 but will now blast off at the end of next year.

The ESA has even had to resort to using the Falcon 9 rockets of its rival SpaceX to launch two upcoming scientific missions.

The negotiations were given a boost on Tuesday when France, Germany and Italy announced their support for Ariane 6, the smaller Vega-C launcher and European-made micro and mini launch systems.

The ExoMars mission, which has been left without a ride after Russia withdrew its rockets, will go ahead with US help, Aschbacher said. 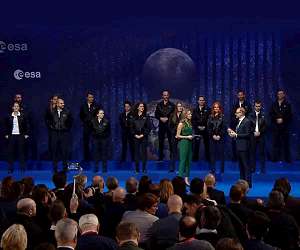 The new astronauts selected by the European Space Agency

The European Space Agency named five new career astronauts Wednesday, as well as the world’s first recruit with a disability and 11 other reserve astronauts who will have to wait for their chance to go to space.

The 40-year-old French engineer has flown 3,000 flight hours as a helicopter test pilot.

Her masters at MIT in the United States included work on how to design a centrifuge to help astronauts train for different levels of gravity.