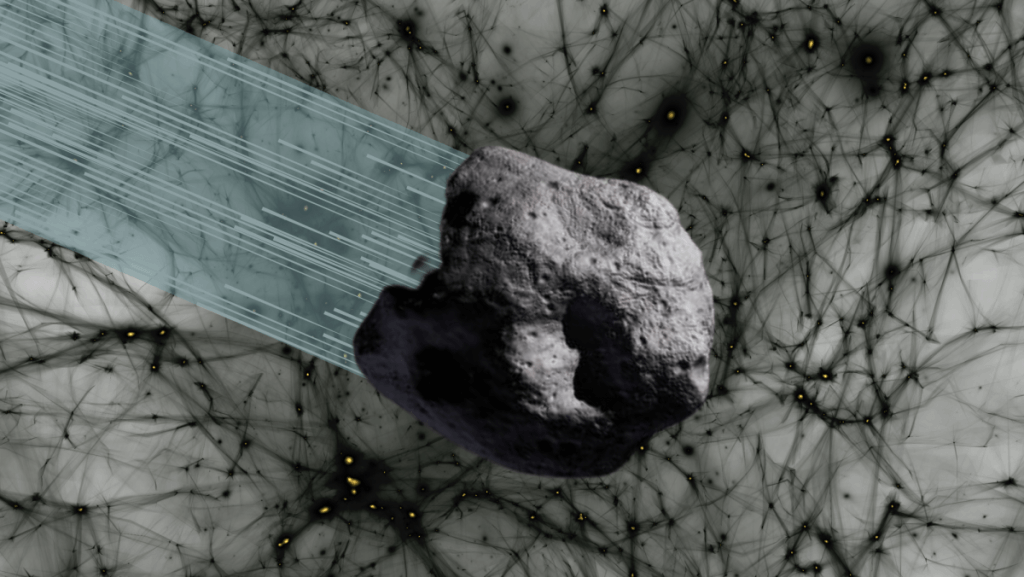 Meteor-hunting methods could be adapted to hunt for dark matter, the mysterious substance that makes up around 85% of the universe’s matter but remains invisible, researchers propose in a new paper.

Dark matter doesn’t interact with electromagnetic radiation, meaning it doesn’t absorb or emit light like ordinary matter; the universe contains five times more dark matter than ordinary matter. Thus far, astronomers have not been able to directly observe dark matter; they can only infer its presence through its gravitational influence, which prevents galaxies from ripping apart as they spin.

Scientists aren’t even sure if the particles that make up dark matter are massive or small; they just know it isn’t made up of protons and neutrons like the matter on Earth.

Related: In the hunt for dark matter, are axions our best bet?

“One of the reasons dark matter is so hard to detect could be because the particles are so massive,” John Beacom, a professor of physics and astronomy at The Ohio State University and co-author of the study, said in a statement (opens in new tab). “If the dark-matter mass is small, then the particles are common, but if the mass is large, the particles are rare.”

In the new paper, Beacom and his colleagues propose that if dark matter particles are massive, the same technology used to track meteors could detect dark matter as it passes through Earth’s atmosphere.

Currently, scientists look mostly for tiny dark-matter particles with small masses. The aim of the new research, the study authors said, is to widen that dark matter hunt by helping to characterize large-mass dark matter particles that might not be spotted with traditional detectors.

When meteors pass through Earth’s atmosphere, they leave a form of radiation called ionization deposits that, in turn, leave behind free electrons and charged atoms capable of conducting electricity. Electromagnetic waves released by meteor-tracking radar bounce off these free electrons, meaning that, in theory, they could do the same for electrons left by dark matter particles — in effect, turning Earth’s atmosphere into a titanic dark-matter-particle detector.

— Dark matter could finally reveal itself through self-interactions

Considering this method has been used to track meteors for decades, Beacom said he’s surprised these systems and the data they’ve gathered haven’t been employed in the hunt for dark matter.

“Current cosmology techniques are pretty sensitive, but they don’t have a way to check their own work,” Beacom said. “This is a totally new technique, so if scientists are unsure about what they’ve detected, a signal from cosmology could be checked in detail with the radar technique.”

The team’s paper is posted to the preprint server arXiv.