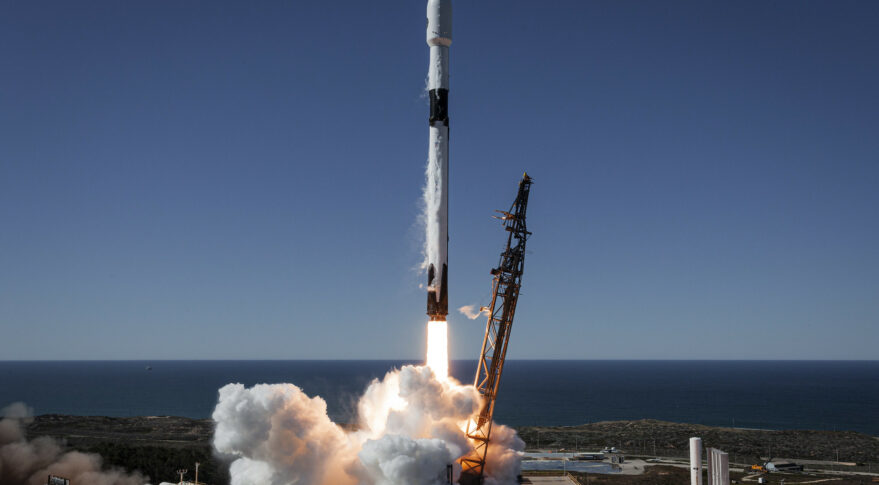 Brig. Gen. Stephen Purdy said DoD has to approve the strategy before a draft request for proposals can be released

NATIONAL HARBOR, Md. — The U.S. Space Force is working to finalize a procurement strategy for the next national security launch services contracts expected to be awarded in 2024.

A draft request for industry proposals could be issued as early as February 2023, Brig. Gen. Stephen Purdy, the Space Force’s program executive officer for assured access to space, told SpaceNews on the sidelines of the Air, Space & Cyber conference.

Before the Space Systems Command can release a draft request for proposals, the strategy has to be approved by the Department of Defense, said Purdy. “We are trying to get everyone at DoD to agree … there are a lot of stakeholders.”

The strategy now being reviewed is for the National Security Space Launch (NSSL) Phase 3 contracts. United Launch Alliance and SpaceX won Phase 2 in 2020, and their current contracts will be re-competed in 2024.

Officials have said they would consider changing the NSSL program to take advantage of new launch providers entering the market. Another potential twist in Phase 3 is that the Space Force might consider buying not only traditional launch services from Earth to orbit but also in-space transportation services.

One option being discussed is to select multiple vendors to compete for task orders, a method the Space Force uses to buy smallsat launch services under the Rocket Systems Launch Program (RSLP). The program also allows new providers to be added if the government decides it needs more competitors.

Purdy’s office at the Space Systems Command has been doing market research in preparation for Phase 3. In January it issued a request to industry providers asking for information about their capabilities.

Chief of Space Operations Gen. John “Jay” Raymond in a keynote speech Tuesday at Air, Space & Cyber conference, said the Space Force’s launch ranges at Cape Canaveral, Florida, and Vandenberg Space Force Base, California, are on track this year to conduct more than 60 launches from the East Coast and as many as 18 from the West Coast.

“In the next few years, projections show that those numbers will soar to approximately 300 launches a year,” he said. “Just think about that, just shy of one launch per day.”

The vast majority of missions at both East and West coast ranges are commercial or civil. Purdy said the rise of the private space industry calls for investments in infrastructure and managing ranges more like commercial airports.