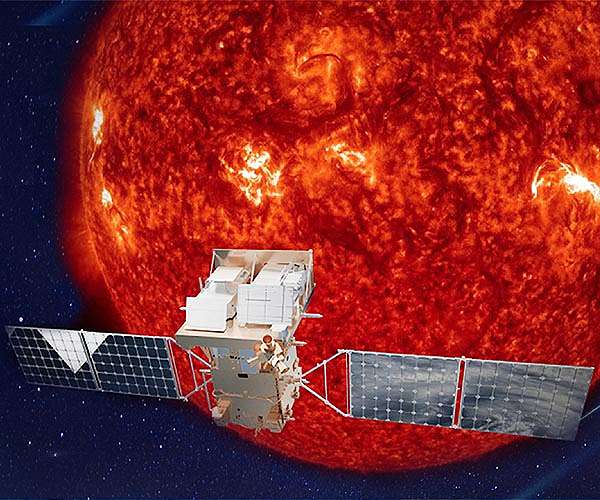 China’s solar exploration satellite has transmitted its first solar image since being sent to space in October, according to the Purple Mountain Observatory (PMO) based in east China’s Jiangsu Province.

Gan said the image was taken by the satellite-loaded hard X-ray imager (HXI). Although still in the testing period, the imaging effect is excellent, allowing the effective identification of both the eruptive details and the fine structure of the Sun.

Kuafu-1 was launched aboard a Long March-2D rocket on Oct. 9 from the Jiuquan Satellite Launch Center in northwest China.

The space-borne solar observatory, named after Kuafu, a giant in Chinese mythology who indefatigably chased the sun, runs in a sun-synchronous orbit, which is not hampered by the Earth’s rotation, while an Earth-based telescope can see the Sun only in the daytime.

“ASO-S is capable of probing the Sun 24 hours a day for most of the year,” said Gan. “Its longest daily time-out is no more than 18 minutes when briefly running through the shadow of Earth each day from May to August.” 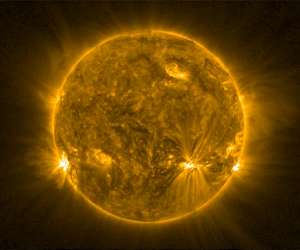 
Solar Orbiter has spotted a ‘tube’ of cooler atmospheric gases snaking its way through the Sun’s magnetic field. The observation provides an intriguing new addition to the zoo of features revealed by the ESA-led Solar Orbiter mission, especially since the snake was a precursor to a much larger eruption. The snake was seen on 5 September 2022, as Solar Orbiter was approaching the Sun for a close pass that took place on 12 October. It is a tube of cool plasma suspended by magnetic fields in the hotter sur … read more