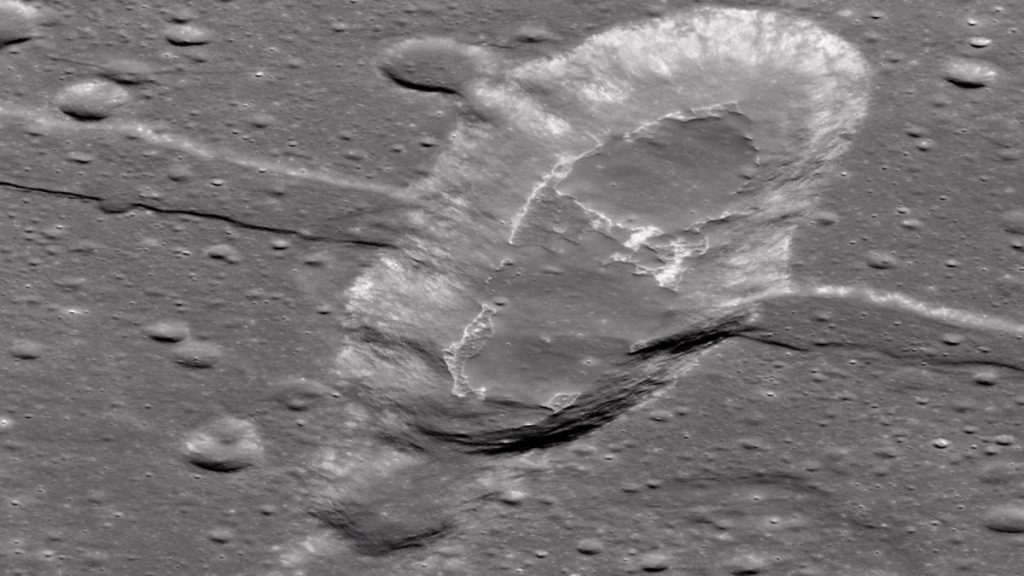 An analysis of lunar samples returned by China’s Chang’e 5 moon mission has produced a new possible answer for volcanism late in the moon’s history.

Scientists previously speculated that either a relatively high water content or the presence of radioactive, heat-producing elements in the lunar interior might have driven volcanism in a late stage of the moon’s life in some areas, but new Chang’e-5 data published in Nature appears to have ruled out these hypotheses.

Related: China’s fresh moon rocks are younger than the Apollo samples and no one knows why

Researchers led by Chen Yi from the Institute of Geology and Geophysics of the Chinese Academy of Sciences (IGGCAS) found that a lower melting point for portions of the lunar mantle could be due to the presence of fusible, easily melted components, leading to young lunar volcanism.

“Recent melting of the lunar mantle can be achieved by either raising the temperature or lowering the melting point. To better understand this problem, we should estimate the temperature and pressure in which the young volcanism was created,” Chen said in a statement (opens in new tab).

The researchers conducted a series of fractional crystallization and lunar mantle melting simulations to compare 27 samples of Chang’e 5 basalt clasts with Apollo basalts. They found that the young magma collected by Chang’e 5 had higher calcium oxide and titanium dioxide contents than older Apollo magmas. These are calcium-titanium-rich late-stage lunar magma ocean cumulates are more easily melted than early cumulates.

“This is a fascinating result, indicating a significant contribution of late-stage lunar magma ocean cumulates to the Chang’e 5 volcanic formation,” said Dr. Su Bin, first author of the study.

The research presents evidence for the first viable mechanism to account for young volcanism on the Moon that is compatible with the newly returned Chang’e 5 samples and could help understanding of the Moon’s thermal and magmatic evolution.

The study was published in the journal Science Advances (opens in new tab) on Friday (Oct. 21).