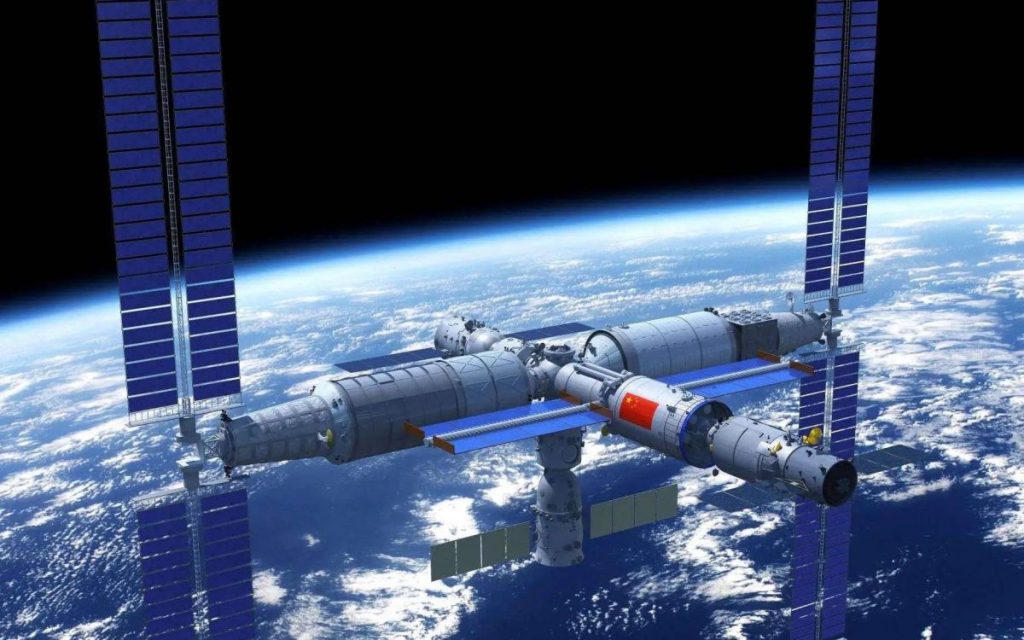 China will launch six major missions before the end of the year to complete its Tiangong space station, which space officials say could soon link up with a powerful telescope and host commercial activities and international astronauts.

The details were revealed during an April 17 press conference, which was held a day after the return of the Shenzhou 13 astronauts after their national record-setting 182-day mission aboard Tiangong’s core module Tianhe.

The six crucial missions will start in May with a resupply mission followed by the six-month-long Shenzhou 14 crewed flight in June, according to Hao Chun, director of the China Manned Space Engineering Office (CMSEO).

A second module, Wentian (“Asking the Heavens”), will join Tianhe in orbit in July, followed by the third and final module, Mengtian (“Dreaming of the Heavens”), scheduled to launch in October.

The Tianzhou 5 cargo and Shenzhou 15 crewed missions will launch late in the year, when the Tiangong station will host its first crew rotation with the Shenzhou 14 astronauts welcoming the newcomers aboard, thanks to extra living quarters in the Wentian module.

Once fully assembled, Tiangong will host six-month-long crewed missions during which astronauts will conduct an array of experiments and outreach activities. The experiments will focus mainly on life sciences, microgravity research, astronomy, Earth science and new materials and space technology, Chinese space officials have said.

The original plan, first laid down in 1992, calls for the three-module Tiangong station to host crews non-stop for 10 years. Two crewed spacecraft and two cargo spacecraft would be launched each year.

The Xuntian space telescope, which will co-orbit with Tiangong and be able to dock for refueling and maintenance, is to launch in late 2023, according to Hao.

“The telescope will conduct frontier scientific research in the universe’s formation and evolution, dark matter and dark energy, exoplanets and solar system objects, and is expected to secure a batch of major innovative breakthroughs,” Hao said.

However, the CMSEO is also looking at extending both the space station and the scope of its activities, while also introducing new ways to reach Tiangong.

“We’re developing the extending modules and cabins of the spacecraft to conduct more experiments and provide better living conditions for the astronauts,” Hao said. Tiangong could eventually be expanded to six modules, with the addition of new versions of Tianhe and the Wentian and Mengtian experiment modules, according to earlier stated expansion plans.

A reusable next-generation launch vehicle and a next-generation crew spacecraft, capable of carrying up to seven astronauts, are also in development. Currently, China uses the Long March 2F rocket and Shenzhou spacecraft to launch its astronauts into orbit.

Asked about international cooperation, Hao stated that China will “certainly carry out more in-depth exchanges and cooperation with all countries in the world committed to the peaceful use of outer space.”

In March, Yang Liwei, who made history in 2003 by becoming China’s first astronaut to reach space, told media that untrained astronauts would be able to fly to Tiangong, perhaps before the end of the decade.

First, however, China needs to complete Tiangong. The next launch will be the Tianzhou 4 cargo mission. The 29,760-pound (13,500 kilograms) spacecraft will lift off on a Long March 7 rocket from Wenchang and carry fuel and supplies for the Shenzhou 14 mission, which is expected to launch in June.