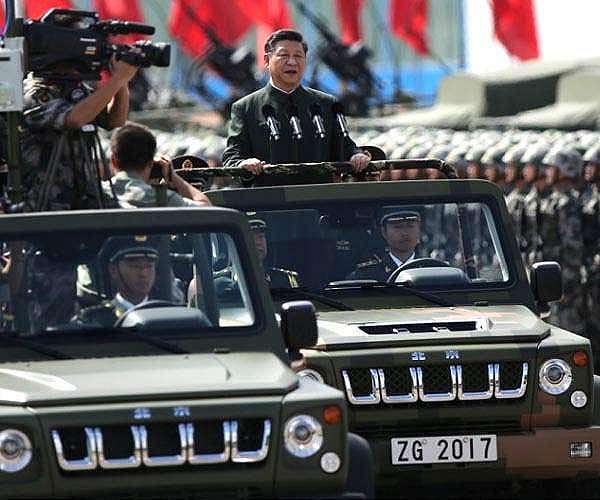 Intercontinental missiles, disinfection robots and a piece of the Moon — China’s Communist Party on Wednesday flaunted the fruits of its decade under President Xi Jinping ahead of a key meeting expected to extend his rule.

Thousands of people thronged an exhibition in Beijing celebrating Xi’s “New Era” just days before a Party Congress at which the country’s political elite are expected to usher Xi into an unprecedented third term in power.

Visitors snapped selfies beside the enormous Dongfeng-41 nuclear-capable intercontinental ballistic missile outside the entrance to the attraction, housed in a palatial 1950s hall designed by Soviet architects.

Omnipresent portraits of Xi showed the leader handing out awards, greeting a baby and surrounded by beaming well-wishers dressed in traditional clothing.

Exhibits hammered home the message of the party’s triumph in every aspect of Chinese life, from dried mushrooms in an agricultural display to a lunar sample and lab-grown diamonds showcasing the country’s technical prowess.

“It’s so grand,” Wen, a government employee visiting the exhibition with her colleagues, told AFP during a government-organised media tour. “I feel proud of myself as a Chinese.”

The exhibition is part of a propaganda push enveloping the capital ahead of the opening of the Congress on Sunday.

There was no mention in the exhibits of criticisms levelled at the party under Xi, who has presided over the mass internment of minorities in Xinjiang, pro-democracy protests in Hong Kong, crackdowns on civil society and tightened curbs on minority culture in Inner Mongolia.

Instead there are photos of vast cotton fields and farmers grinning over a bountiful apple harvest in Xinjiang, a scale model showing Hong Kong’s integration with neighbouring mainland cities and copies of Xi’s books in Uyghur and Mongolian.

Realistic wax figures dressed in hazmat suits, vials of homegrown vaccines and a disinfectant-spraying robot highlighted the party’s pride in its zero-Covid policy, which Xi has claimed as a landmark victory despite its impact on economic growth.

Zhang Lingrui, a master’s student, said the displays at the exhibition had impressed her, telling AFP: “I feel the superiority of the current socialist system.” 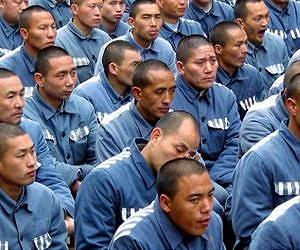 
President Xi Jinping has embarked on a “final round of purges” ahead of a major Chinese Communist Party congress, wielding his long-running anti-corruption campaign to cement his grasp on power, analysts say.

When he became leader a decade ago, Xi vowed to root out dishonest officials, both senior “tigers” and low-ranking “flies”.

More than 1.5 million officials have been punished since then, according to data from the party disciplinary body, and China’s ranking on Transparency International’s … read more