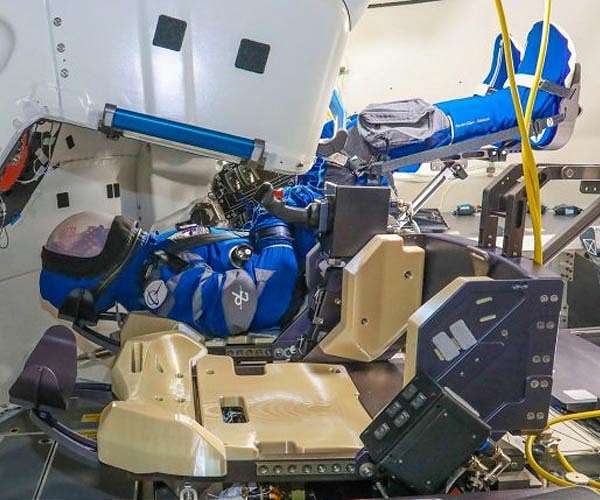 Boeing and NASA are ready to launch the company’s Starliner spacecraft to the International Space Station on Thursday.

A United Launch Alliance Atlas V rocket is scheduled to blast off from Space Launch Complex 41 at Cape Canaveral Space Force Station in Florida at 6:54 p.m. EDT for Operation Flight Test-2, or OFT-2.

The long-delayed test will see Starliner conduct an uncrewed flight to the orbital outpost that, if successful, is expected to pave the way for a crewed test mission later this year.

The flight is a repeat of a previous test flight in 2019. That test was cut short after Boeing and NASA detected anomalies with the spacecraft and its software, which cost Boeing $600 million.

Developed as part of a public-private partnership, the Starliner spacecraft will give NASA a second spacecraft to ferry astronauts to and from the orbital outpost.

The other is SpaceX’s Crew Dragon spacecraft, which has successfully launched seven different crews of astronauts – five for NASA and two for private companies so far, and more planned – since its inaugural flight in 2020.

According to Steve Stitch, NASA’s commercial crew program manager, Starliner is ready to for the test.

“We met with the teams at Boeing and ULA and there were very few issues to address before launch,” Stitch told UPI in an interview. “It was a very clean review and we are ready to fly.”

Ahead of OFT-2, engineers at Boeing spent several months investigating a valve issue that cropped up last summer. Since then, engineers have swapped out Starliner’s service module for a new one, including a brand new propulsion system and new set of valves.

In order to mitigate the moisture intrusion issues that plagued the craft last summer, ultimately leading to valves that were corroded shut, Boeing says it improved valve seals and added nitrogen purges that will keep atmospheric humidity out of the propulsion system.

“We didn’t find any other issues with the spacecraft, other than the valves,” Michelle Parker, vice president and deputy general manager for Boeing Space and Launch, told UPI in an interview.

“We’re going to cycle the valves every few days to help with potential corrosion and to reduce moisture,” Parker said.

Despite the setbacks, the team at Boeing says that safety is its utmost concern.

There won’t be any astronauts on board this flight, instead Boeing will fly a test dummy named Rosie, to honor “Rosie the Riveter.”

She will be outfitted with an array of sensors to provide the company with flight data from inside the spacecraft.

Also on board will be more than 500 pounds of food and supplies for astronauts currently on board the ISS. Stitch said that once it completes its mission, the craft will return to Earth with more than 600 pounds of cargo.

Forecasters predict ‘s a 70% chance of favorable weather conditions at liftoff on Thursday. Their main concerns are the potential for thunderstorm development and lightning that could be triggered by the rocket as it makes its way to orbit.

There is a backup opportunity on Friday, but right now that window looks dismal as there’s only a 40% chance of good weather.

If all goes as planned on Thursday, however, Starliner will arrive at the ISS around 7:10 p.m. EDT, docking itself to the orbital outpost.

The craft will remain in orbit at ISS for six days, at which point it will undock itself and return to Earth, landing under parachute at White Sands Space Harbor in New Mexico. 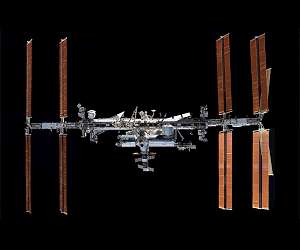 Susan Helms, a former NASA astronaut and a member of the NASA Aerospace Safety Advisory Panel, has said that the International Space Station’s (ISS) partnership with Russia is experiencing some “administrative difficulties” due to Western sanctions imposed on the country over its [military invasion] of Ukraine. “The geopolitical sanctions that have been levied on Russia that we’ve seen happen in the last few months have created an environment where there are some administrative difficulties that ar … read more