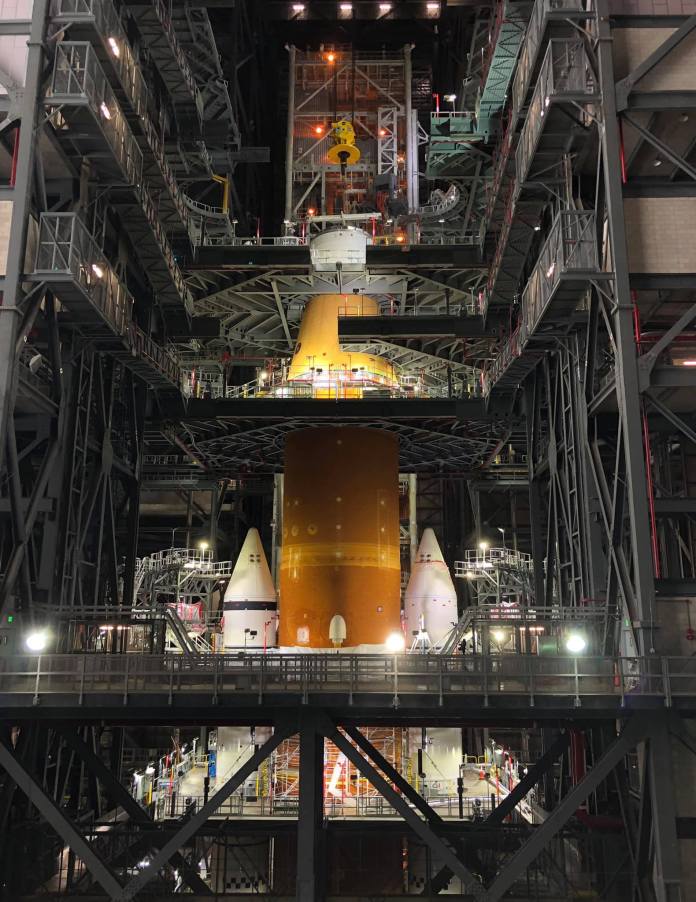 Next up were stacking and attachment of two critical SLS elements –  the Launch Vehicle Stage Adapter (LVSA) and the Interim Cryogenic Propulsion Stage (ICPS) – atop the mammoth 212 foot tall core stage inside the VAB.

The massive core stage is the largest booster ever built and weighs over 188,000 pounds unfueled and now stands atop the launch platform in High Bay 3 inside the VAB for the first time ever- marking a major milestone on the path to first launch on Artemis 1.

Liftoff of the uncrewed Artemis 1 mission is slated for no earlier than (NET) late 2021 from Launch Complex 39B at NASA KSC on the first in a series of increasingly complex missions to test the SLS heavy lift mega rocket and Orion crew capsule as an integrated system prior to crewed flights to the Moon starting with Artemis 2.

This first SLS core stage had arrived on NASA’s Pegasus barge April 27 and was then rolled off the barge and into VAB  two days later on April 29 for the extensive stacking and preparatory operations for launch on the history making Artemis 1 mission to deliver NASA’s Orion deep space human rated capsule to the Moon.

The overall stacking process began on June 11 when technicians with NASA’s Exploration Ground Systems team lifted the 21 story core stage by first hoisting it horizontal off the transporter inside the VAB transfer aisle and then rotated it vertical.

Technicians have been working methodically to ensure all stacking and joining operations are carried out as planned with numerous test and checkout operations underway to confirm all is well.

“Engineers with Exploration Ground Systems used one of five VAB cranes to lift the adapter almost 250-feet in the air and then slowly lower it on to the core stage.”

The 30-foot-tall, cone-shaped LVSA hardware is a cone shaped adapter that connects the SLS rocket’s upper and lower stage – meaning the core stage to the interim cryogenic propulsion stage.

The adapter also houses the RL10 engine that powers the ICPS that will send Orion on its precise trajectory to the Moon.

Artemis 1 will be the first integrated flight test of SLS and NASA’s human rated Orion spacecraft on a multiweek uncrewed mission to the Moon and back. .

The LVSA was built by teams at NASA’s Marshall Space Flight Center in Huntsville, Alabama, by Teledyne Brown Engineering where they recently completed welding the launch vehicle stage adapter for the Artemis 2 mission which will be the first SLS flight carrying astronauts to the Moon.

Here is full 360-degree view of the LVSA lift from NASA as teams lift it and lower it onto the Space Launch System core stage.  The adapter is a cone-shaped element that connects the rocket’s core stage and Interim Cryogenic Propulsion Stage, or upper stage.

Video Caption: Get the full Space Launch System rocket core stacking experience, and watch in 360 degrees as teams lift part of the rocket in the transfer aisle of the Vehicle Assembly Building at NASA’s Kennedy Space Center and move it over to High Bay 3. The stage adapter sits between the massive core stage of the rocket and the interim cryogenic propulsion stage. Credit: NASA KSC

The ICPS was built and provided by rocket builder United Launch Alliance (ULA) and will provide the Orion  crew spacecraft with the additional thrust needed to travel tens of thousands of miles beyond the Moon on the Artemis 1 mission.

Thereafter the ICPS was lifted from the VAB floor onto the LVSA stage adapter this week.

“Once in orbit, the ICPS and its single RL10 engine will provide nearly 25,000 pounds of thrust to send NASA’s Orion Spacecraft on a precise trajectory to the Moon.”

SLS is the most powerful rocket the world has ever seen generating some 8.8 million pounds of liftoff thrust at ignition – about 15% more powerful than NASA’s legendary Saturn V that hurled the first humans to land on the Moon back in 1969 on the Apollo 11 moon landing mission.

See the NASA graphic below which explains the SLS/Orion integration and stacking operation in the VAB in detail.

But before the real Artemis 1 Orion is stacked engineers will stack a mass simulator in its place and conduct systems and stacking shaking tests called modal testing to confirm all is operating and connected together as expected.

The SLS core stage is the final piece of NASA’s SLS rocket to arrive at KSC – and will propel NASA’s Artemis I mission to the Moon on a launch still targeted by NASA for late 2021 but that could slip into early 2022 considering the huge amount of processing and preparation work still ahead.

The 21-story tall core stage covered in orange foam insulation also counts as the largest and most powerful rocket stage NASA has ever built.

The decade in the making Boeing built Artemis 1 core stage safely arrived by barge at KSC in Florida after a 900-mile journey from the agency’s Stennis Space Center near Bay St. Louis, Mississippi

The maiden 212-foot-tall (64.6-meter) SLS core stage arrived aboard the specially designed and elongated 310-foot-long (94.4 meters) Pegasus barge and was towed into the Launch Complex 39 turn basin wharf on a sunny afternoon April 27 berthing adjacent to the iconic VAB and passing by the proudly fluttering US Flag and world famous Countdown Clock.

Both of the 177-foot-tall (54-meter) Northrop Grumman built solid rocket boosters (SRBs) were already stacked on the rocket’s mobile launch platform in High Bay 3 in the VAB and are awaiting the core stage.

SLS serves as the backbone of the Artemis program and the nation’s future deep space exploration missions.

It is equipped with four Aerojet-Rocketdyne built RS-25 engines fueled by over 730,000 gallons of cryogenic super cold LOX (liquid oxygen) and LH2 (liquid hydrogen) propellants to generate some 2 million pounds of liftoff thrust to help power the SLS rocket at launch.

The RS-25 engines are attached to the base of the core stage and are recycled from the Space Shuttle where they were reused and reflown numerous times.

Previously known as the Space Shuttle Main Engine, or SSME, they have been refurbished and upgraded in numerous ways including with a new ‘brain controller’ and can fire at 109% thrust. 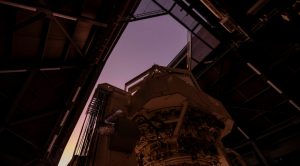 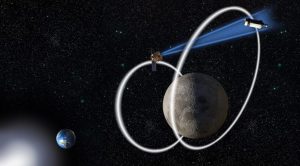 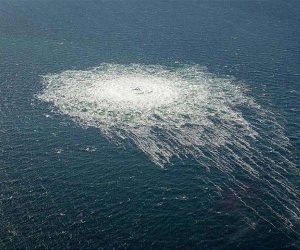