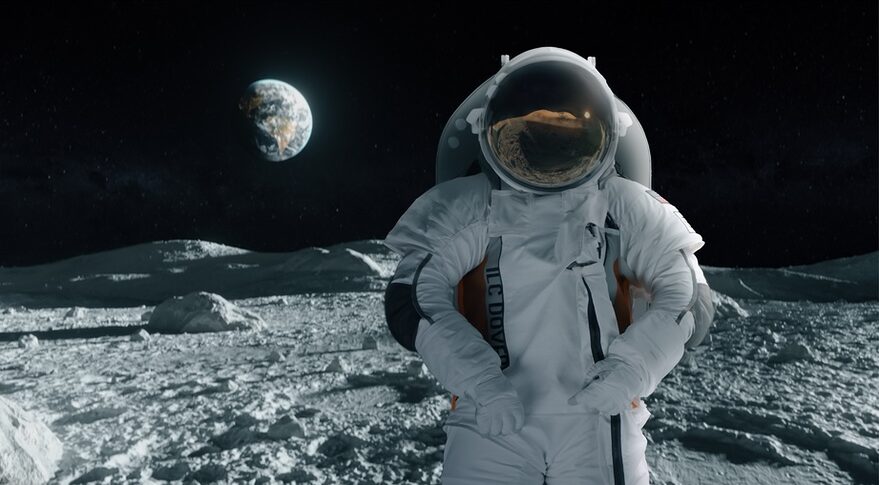 WASHINGTON — The two companies NASA selected earlier this month to develop spacesuits for the International Space Station and Artemis lunar missions were the only companies to bid on the project, according to agency procurement documents.

NASA announced June 1 it awarded contracts to teams led by Axiom Space and Collins Aerospace to develop new spacesuits for both ISS spacewalks and Artemis lunar landing missions through its Exploration Extravehicular Activity Services, or xEVAS, program. Agency officials, though, provided few details at the time about the contracts or why it selected those two companies.

In a source selection statement released by NASA later in the month, the agency outlined how it selected the two companies. In particular, despite dozens of companies included in an “interested parties” list by NASA, only Axiom and Collins submitted complete proposals by the December 2021 deadline.

NASA evaluated the two complete proposals it received and ultimately concluded both were acceptable. Both received similar “mission suitability” scores, with Axiom getting 834 of a possible 1,000 points and Collins 829. In the evaluation of past performance, NASA had a moderate level of confidence Axiom can successfully carry out the work, and a high level of confidence in Collins.

The statement praised both companies’ technical approaches. Axiom’s design supports “an appreciable greater number of ISS and Artemis EVAs per mission” as well as longer EVAs and increased emergency life support capabilities. There is also “very high commonality” between the versions of the suit that would be used on the ISS and Artemis missions.

The Collins design was cited for its reduced mass and volume and “extended quiescent stowage.” Like Axiom, NASA said that there is very high commonality between the ISS and Artemis versions of the Collins suit.

NASA established the xEVAS program as a services effort, with NASA buying spacesuit services from the two companies rather than the suits themselves. NASA’s expectation is that the companies will find other customers for the suits. Axiom, for example, is developing commercial modules for the ISS that will later form a standalone commercial space station that will require spacewalks.

Collins, meanwhile, “proposes a reasonable commercialization approach that demonstrates an understanding of NASA’s goal to become one of many customers.” Collins has not disclosed its plans for offering its spacesuits commercially, but one of the members of its team, not previously disclosed, is Blue Origin, which is the lead company on the proposed Orbital Reef commercial space station.

NASA also praised Collins for “a reasonable approach to ISS and Artemis development milestones by shifting the phasing of payments and altering milestones in a way that enhances Government insight while reducing early Government financial commitment.”

The statement, though, did raise issues with both companies’ plans. Both companies rely “on rapid acceleration of technology maturation and resolution of key technical trade studies” to achieve their proposed schedules. NASA also warned that Axiom’s commercialization plan “includes assumptions with respect to revenue capture that could impact their ability to finance the xEVAS effort.”

The source selection statement did not include specific price figures, which were also excluded from the original NASA announcement beyond a total value of $3.5 billion through 2034. Both companies, though, offered prices below NASA’s own independent government cost estimate, with Axiom 23% below that estimate and Collins 2% below that estimate. The statement did not disclose the value of the cost estimate.

NASA has not disclosed other financial details about the xEVAS contracts, including the guaranteed minimum amounts each company will receive. An agency spokesperson said when the contracts were announced that NASA would not disclose those guaranteed minimums or even the value of individual task orders “due to the proprietary nature of the commercial solutions while also protecting the ongoing competitive nature of this contract.” NASA later said it will release “non-sensitive task order pricing information” once a task order is awarded.

According to NASA procurement databases, the agency has yet to obligate any funding under the xEVAS contracts to either Axiom or Collins. NASA announced the contract awards June 1, nearly a month after Vanessa Wyche, director of the Johnson Space Center and the source selection authority, made the May 3 decision to select the two companies for xEVAS awards, according to the source selection statement.