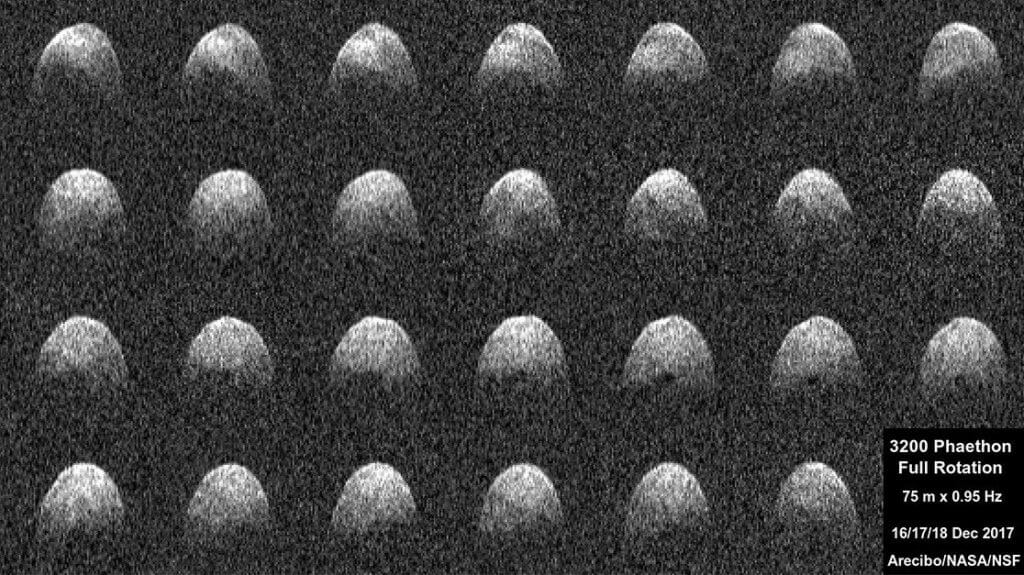 The Japan Aerospace Exploration Agency intends to launch its DESTINY+ mission to the near-Earth asteroid Phaethon in 2024, with the aim of flying by the space rock in 2028, so this “potentially hazardous” asteroid has been studied intensely in the lead-up to the mission.

Researchers recently made one particularly notable discovery about Phaethon: Its spin is speeding up. The asteroid‘s rotational period is decreasing by 4 milliseconds per year. Even a small change like this could impact the DESTINY+ observations. Knowing the specific spin rate allows the team to more accurately predict the asteroid’s orientation during the spacecraft’s flyby — in turn, that allows the team to be more specific with their observations.

It’s rare for an asteroid’s spin to change; Phaethon is just the 11th known asteroid to show a change in its rotational period, and it’s the largest of those space rocks, with an average diameter of 3.4 miles (5.4 kilometers).

Related: The greatest asteroid missions of all time!

Using data and observations from 1989 through 2021, Sean Marshall, a planetary scientist at Arecibo Observatory in Puerto Rico, created a model to determine the shape of Phaethon in preparation for the DESTINY+ mission.

“The predictions from the shape model did not match the data,” Marshall said in a statement. “The times when the model was brightest were clearly out of sync with the times when Phaethon was actually observed to be brightest. I realized this could be explained by Phaethon’s rotation period changing slightly at some time before the 2021 observations, perhaps from comet-like activity when it was near perihelion [the point in its orbit nearest to the sun] in December 2020.”

Marshall determined that the model that best fit the data included constant rotational acceleration — in other words, the regular decrease of Phaethon’s rotational period of 4 milliseconds per year.

“This is good news for the DESTINY+ team, since a steady change means that Phaethon’s orientation at the time of the spacecraft’s flyby can be predicted accurately, so they will know which regions will be illuminated by the sun,” Marshall said.

Scientists are still learning about Phaethon, and the DESTINY+ mission will surely reveal more. But we do know that although Phaethon is large enough and close enough to Earth to be labeled a potentially hazardous asteroid, scientists have determined that it poses no immediate threat to our planet.

The researchers presented the findings at the 54th annual meeting of the American Astronomical Society’s Division for Planetary Sciences in London, Ontario, earlier this month.