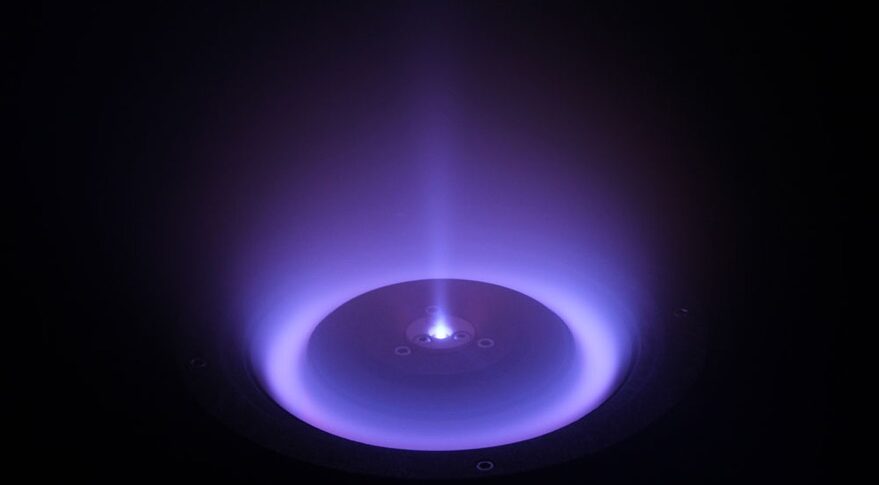 WASHINGTON — Astra Space is laying off one-sixth of its workforce, a move the company’s leadership says is needed to focus its resources on production of spacecraft electric thrusters and development of a new launch vehicle.

The Alameda, California-based company, in quarterly financial results released Nov. 8, disclosed it is laying off 16% of its employees. It is also reducing investment on its “space services” business line to develop a satellite constellation that would provide services such as communications to customers, focusing instead on its spacecraft propulsion and launch vehicle business lines.

“With the backdrop of continued macroeconomic and geopolitical uncertainty, increasing inflation and interest rates, and equity market volatility, the team has prioritized resources on our core businesses,” Chris Kemp, chief executive of Astra, said on the company’s earnings call.

The company did not disclose how many people would be laid off, although Kemp said in the call that the company had “over 400” employees, implying that the company would be laying off more than 60 people. The company had not filed a Worker Adjustment and Retraining Notification (WARN) notice with California’s Economic Development Department, required for companies in the state laying off more than 50 employees, as of Nov. 7, according to the department’s website.

Kemp, in a later interview, said the layoffs were focused on people working on space services and launch vehicle production. It’s the first layoffs since the company went public in mid-2021, although he noted the company reduced staff in early 2020 when it lost a Rocket 3 vehicle on the pad in Alaska preparing for the DARPA Launch Challenge.

The layoffs allow the company to focus on ramping up deliveries of its Astra Spacecraft Engine electric thrusters and develop its new Launch System 2, stretching funding “well into 2024,” Kemp said in the interview. “That’s enough funding to go deliver a bunch of spacecraft engines — hundreds of them — and also get back out to the pad with Launch System 2 and have a successful flight.”

Astra says it has now received 237 orders for the Astra Spacecraft Engines, technology it obtained when it acquired Apollo Fusion last year, an increase of 130% from the end of the second quarter. The company has announced orders in recent months from several new customers, including Airbus OneWeb Satellites, Astroscale and Maxar, for those electric thrusters, and is opening a new production facility in Sunnyvale, California, devoted to manufacturing them. The $2.8 million in revenue Astra reported in the third quarter came exclusively from engine sales.

Kemp said in the earnings call that the company completed the first “design loop” on Launch System 2, which features the Rocket 4 vehicle designed to ultimately place up to 600 kilograms into orbit. It has also upgraded test infrastructure needed for the vehicle and designed tooling needed for building vehicle structures, and is planning test launches of the vehicle in late 2023.

Astra announced in August that it was retiring the much smaller Rocket 3.3 vehicle after several launch failures. Kemp said the company accelerated work on Rocket 4 after seeing demand for larger satellites grow significantly. “The market was not at 50 or 100 kilograms. The market was at 600 kilograms,” he said in the interview. “So, maturing a product that addresses such a small portion of the market just did not make sense.”

While Astra took an iterative approach with Rocket 3, suffering several launch failures before reaching orbit, the company is focusing more on reliability from the start with Rocket 4. “Customers have told us, ‘You need to demonstrate reliability,’” he said, arguing that was consistent with Astra’s plans for a high flight rate. “If you want to do weekly launch, you have to have higher reliability.”

“If we get anywhere in the ballpark of 600 kilograms, anywhere in the ballpark of $5 million [per launch], we’re going to be way better than anything else out there. Don’t optimize for performance, don’t optimize for cost,” he said. “But if the rocket doesn’t work, if we don’t have a reliable system, that’s the thing that could Astra in a difficult position.”

Astra reported a net loss of $199.1 million, a figure that includes $133.4 million in impairment charges on assets that the company took for several factors, said Axel Martinez, new chief financial officer, in the earnings call. The company had an adjusted net loss of $45.2 million and adjusted earnings before interest, taxes, depreciation, and amortization (EBITDA) loss of $41.4 million.

The company had $150.5 million in cash and cash equivalents on hand at the end of the quarter. “We continue to evaluate various sources of capital as we carefully manage our financial runway,” he said.

That runway is important, Kemp said in the interview, because of market uncertainty. “We could be going into a period where the stock market and the capital just isn’t available,” he said. “Winning might just be surviving through the next couple of years.”