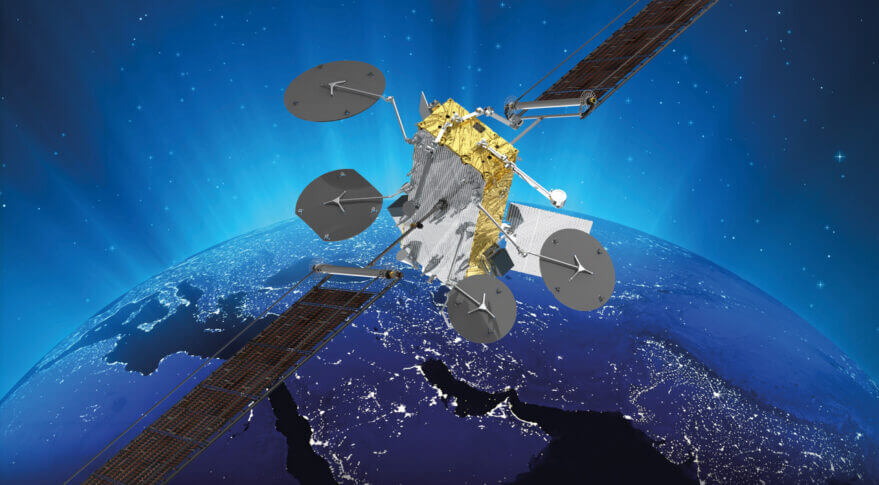 The company said April 29 it signed a contract for Arabsat 7A with Europe’s Thales Alenia Space, which will build the satellite based on its Space Inspire platform.

Although launch plans were not disclosed, the companies said Arabsat-7A will replace the bulk of the existing C and Ku-band capacity at 30.5 East on Arabsat 5A, which was launched in 2010 with 15-years of expected operational life.

Arabsat 7A will also have extra high-throughput Ku-band capacity to help the company expand its services in the region.

Arabsat currently operates 10 satellites across four orbital positions. Its Arabsat 6A satellite is co-located with Arabsat 5A at 30.5 East, which Arabsat describes as its “data hotspot.”

Unlike traditional “bent pipe” GEO satellites, software-defined communication payloads can be reprogrammed in orbit to adapt to different areas and markets as demand changes.

They are increasingly being ordered by GEO operators in response to industry uncertainty as existing and planned megaconstellations in low Earth orbit (LEO) disrupt the market.

“You’re going to see more and more ‘flex sat’ orders this year and the following years,” he said.

According to research from Euroconsult, software-defined satellites made up more than 80% of GEO high-throughput satellite orders in 2021.

Only one of the five GEO orders Thales Alenia Space announced in 2021 was for a fully software-defined satellite.

However, all four GEO orders the manufacturer has announced so far this year have been for software-defined satellites.

The latest was announced March 28 when SES ordered SES-26, which the operator expects will launch in 2024 or 2025 to extend content and connectivity services across Europe, Africa and Asia.