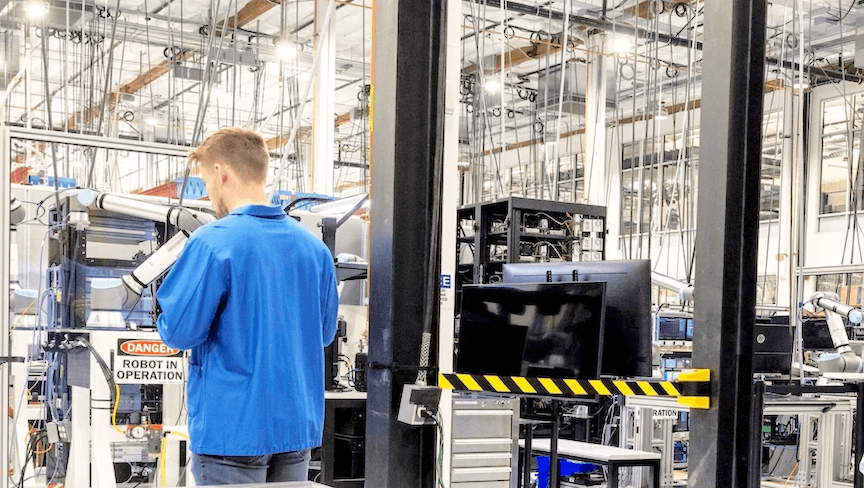 Amazon’s new facility in Kirkland, Washington, will provide jobs and infrastructure to scale satellite production ahead of a full commercial deployment. Amazon is continuing to invest in people and facilities to support Project Kuiper, a low Earth orbit (LEO) satellite network that will provide fast, affordable broadband to unserved and underserved communities around the world. The program, based in Redmond, Washington, continues to expand the footprint in the region following the announcement of an initial 219,000-square-foot research and development facility in 2020.

These facilities have the capacity to support prototype development and begin commercial satellite production, but to deliver on our vision for the project, we need to operate on a much larger scale. That requires dedicated manufacturing space, and we’re excited to announce plans to develop a dedicated, 172,000-square-foot satellite production facility in Kirkland, Washington. The new facility will create more than 200 highly skilled aerospace and manufacturing jobs in the Puget Sound region and provide the scale required to build as many as four satellites per day.

“Getting Project Kuiper’s satellites into space requires significant precision, expertise, and a world-class team committed to our vision,” said Rajeev Badyal, vice president of technology for Project Kuiper. “This new satellite production facility will significantly expand our manufacturing capacity as we approach launch and deployment, and it brings us another step closer to delivering on our mission to connect unserved and underserved communities around the world.”

Project Kuiper satellites have been designed and developed in-house to maximize performance while reducing costs, and the manufacturing facility will provide additional control over the production and testing process. By centralizing operations in the Puget Sound, it can also ensure close coordination between design and development teams in Redmond and manufacturing teams in Kirkland.

“We’re excited with Amazon’s selection of Kirkland for Project Kuiper’s satellite production facility,” said Kirkland Mayor Penny Sweet. “Whether you’re looking to get your foot in the door or are pursuing an advanced, high-level career, this will bring even more economic opportunity for professionals who live here and for those who have yet to call Kirkland home. Partners like Amazon are critical in demonstrating why our city is such a great place to live, work, and play. Our state’s pioneering spirit has revolutionized aerospace. As Project Kuiper’s partner, Kirkland is proud to continue this tradition.”

For over a century, Washington state has been home to a thriving aerospace sector. Project Kuiper recently joined a White House-led coalition to bolster the country’s commercial space workforce, and these investments will allow them to extend that commitment to the local communities in the Puget Sound region. The new production facility will open new doors in advanced manufacturing for a diverse range of space-focused job seekers, and it will provide additional opportunities for local partners with expertise in manufacturing materials and services.

“Amazon could have located their Project Kuiper satellite production facility anywhere in the world, and yet they chose Kirkland and the Greater Seattle region to expand,” said Brian Surratt, president and CEO of Greater Seattle Partners. “The decision to continue to grow here will create new jobs and opportunities for our rich ecosystem of aerospace companies and talent that has evolved over more than a century of research, development, and manufacturing. We are honored to be Amazon’s partner in pushing the boundaries of space and delivering fast, affordable broadband to unserved and underserved communities around the world.”

Project Kuiper’s first two prototype satellites will launch in early 2023 on United Launch Alliance’s (ULA) Vulcan Centaur rocket, and Amazon has secured up to 92 heavy-lift launches from Arianespace, Blue Origin, and ULA, marking the largest commercial procurement of launch vehicles in history. These contracts will provide enough capacity to deploy the majority of our satellite constellation and support thousands of suppliers and highly skilled jobs across the United States and Europe. Also on Thursday, ULA announced the groundbreaking of new facilities in Decatur, Alabama, nearly doubling its capacity to support the partnership and supply the launch vehicles needed to get Kuiper satellites into orbit.

More than 1,000 people are working on Project Kuiper across the U.S., including cities such as San Diego, Austin, New York City, and Washington, D.C., and are continuing to hire across a wide range of roles and disciplines.