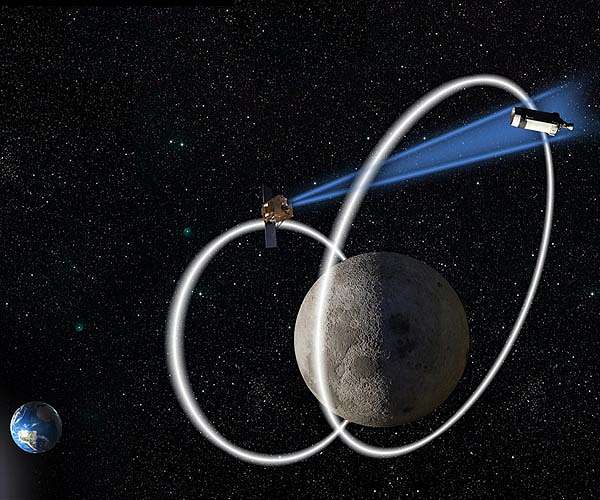 The Air Force Research Laboratory has awarded a $72 million contract to Advanced Space LLC to demonstrate space situational awareness, object detection and tracking in the region of the Moon, supporting a resurgence of interest in lunar exploration and development across civil, commercial and international space agencies.

AFRL’s Space Vehicles Directorate awarded the contract to support the lab’s Oracle spacecraft program, previously called the Cislunar Highway Patrol System, or CHPS. The project has been renamed Oracle after the Oracle of Delphi in ancient Greece. The high priestess of the Oracle would channel the knowledge of Apollo and provide wisdom and foresight to those with whom she would consult.

The name was chosen to acknowledge the accomplishments of the Apollo program and the U.S. Space Force’s commitment to support NASA as they return to the Moon. The Oracle spacecraft is projected to launch in late 2025, with two years of on-orbit experimentation.

“Our primary goals for the program are to advance techniques to detect previously unknown objects through search and discovery, to detect small or distant objects, and to study spacecraft positioning and navigation in the XGEO realm,” said Dr. James Frith, Oracle principal investigator.

AFRL often uses the term XGEO to refer to the space beyond geosynchronous orbit out to the Moon, 10 times further than the traditional operational regime for U.S. Space Force and U.S. Space Command. Oracle will operate in the vicinity of Earth-Moon Lagrange Point 1, at a range of about 320,000 kilometers, or about 200,000 miles from Earth.

The current Space Surveillance Network has a mixture of sensors on Earth or in traditional orbits like GEO. It is optimized to track satellites at GEO and below, or within distances of 36,000 kilometers, or 22,369 miles.

“Oracle is the culmination of years of ongoing research at AFRL into how to detect and track objects in XGEO given the vast distances, challenges of lunar and solar exclusion, and complexity introduced by the Moon’s gravity,” Frith said.

An additional goal of Oracle is to help mature AFRL’s green propellant Advanced Spacecraft Energetic Non-Toxic, or ASCENT, that will carry a refueling port. While there are no specific plans yet to refuel Oracle, AFRL wants to encourage civil and commercial development of on-orbit refueling services.

“We have a great deal to learn when it comes to operating, navigating and communicating from cislunar space and the more distant XGEO region,” said Col. Jeremy Raley, the director of AFRL’s Space Vehicles Directorate. “We look forward to working with Advanced Space LLC, as we deliver novel space capabilities, thereby providing a safe and sustainable cislunar environment.” 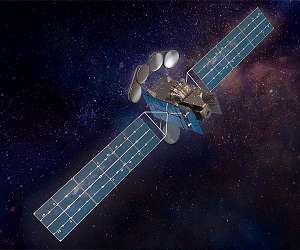 
Beyond Gravity (formerly RUAG Space) delivered a geostationary navigation receiver, called GEORIX, and an antenna to Maxar in 2021. The receiver precisely determines a satellite’s position in orbit. Maxar installed GEORIX on Intelsat-40e, a geostationary communications satellite.

Intelsat-40e is hosting NASA’s climate payload called Tropospheric Emissions Monitoring of Pollution (TEMPO). GEORIX will help TEMPO determine where it is in orbit as it measures atmospheric gases – including ozone, nitro … read more