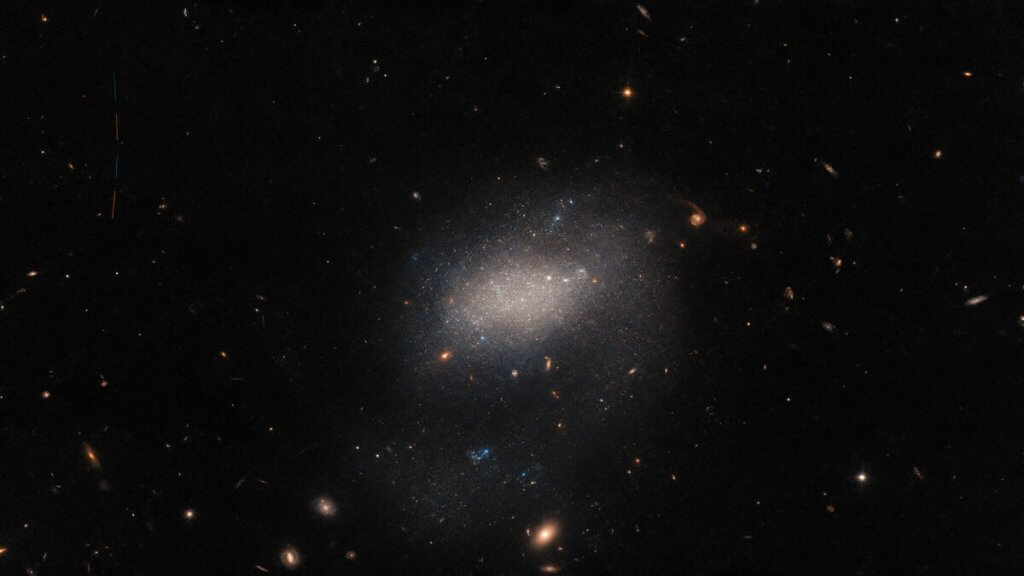 Just when astronomers were in the middle of studying a little galaxy perched in the constellation Virgo, a space rock decided to steal some of the show.

This image from the Hubble Space Telescope, the legendary joint observatory of NASA and the European Space Agency in low-Earth orbit, features the galaxy UGC 7983. Astronomers took the picture as part of a larger plan to study every galaxy close to our own neighborhood, the Milky Way.

Why 2023 should be dubbed ‘Year of the Lunar Landers’

But, just like a streaker at a baseball game, a small asteroid only a few miles across has photobombed the picture. In the upper left side of the snapshot, the trail of the asteroid can be seen as not one literal streak, but actually four, separated by small gaps.

“These streaks of light represent the four separate exposures that were combined to create this image,” according to ESA, adding that the small gaps between each observation were needed to change the filters inside Hubble’s camera.

Astronomers say the asteroid was a “fortunate side effect” of the galaxy-photographing project, which uses the breaks in between the telescope’s longer observations to look at those nearby galaxies that haven’t been studied yet. About 25 percent remain, the space agency said.

A closer look at the image also reveals spiral and fuzzy elliptical-shaped galaxies in the background and bright foreground stars. The spikes that seem to protrude from the stars are the result of Hubble’s primary mirror, affecting the way the light travels and causing diffraction.