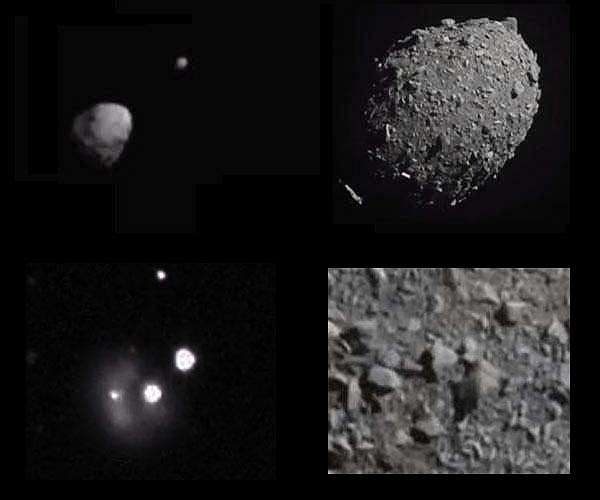 Bullseye: A NASA spaceship on Monday struck an asteroid seven million miles away in order to deflect its orbit, succeeding in a historic test of humanity’s ability to prevent a celestial object from devastating life on Earth.

The Double Asteroid Redirection Test (DART) impactor hit its target, the space rock Dimorphos, at 7:14 pm Eastern Time (2314 GMT), 10 months after blasting off from California on its pioneering mission.

“We’re embarking on a new era, an era in which we potentially have the capability to protect ourselves from something like a dangerous hazardous asteroid impact,” said Lori Glaze, director of NASA’s planetary science division.

Dimorphos — a 530-foot (160-meter) asteroid roughly comparable in size to an Egyptian pyramid — orbits a half-mile long big brother called Didymos. Never seen before, the “moonlet” appeared as a speck of light around an hour before the collision.

Its egg-like shape and craggy, boulder-dotted surface finally came into clear view in the last few minutes, as DART raced toward it at roughly 14,500 miles (23,500 kilometers) per hour.

NASA scientists and engineers erupted in applause as the screen froze on a final image, indicating that signal had been lost and impact had taken place.

To be sure, the pair of asteroids pose no threat to our planet as they loop the Sun every two of our years.

But NASA has deemed the experiment important to carry out before an actual need is discovered.

By striking Dimorphos head on, NASA hopes to push it into a smaller orbit, shaving 10 minutes off the time it takes to encircle Didymos, which is currently 11 hours and 55 minutes.

Ground telescopes — which can’t see the asteroid system directly but can detect a shift in patterns of light coming from it — should provide a definitive orbital period in the coming days and weeks.

The proof-of-concept has made a reality of what has before only been attempted in science fiction — notably in films such as “Armageddon” and “Don’t Look Up.”

Minutes after impact, a toaster-sized satellite called LICIACube, which already separated from DART a few weeks ago, was expected to make a close pass of the site to capture images of the collision and the ejecta — the pulverized rock thrown off by the strike.

LICIACube’s pictures will be sent back in the next weeks and months.

Also watching the event: an array of telescopes, both on Earth and in space — including the recently operational James Webb — which might be able to see a brightening cloud of dust.

The mission has set the global astronomy community abuzz, with more than three dozen ground telescopes participating, including optical, radio and radar.

“There’s a lot of them, and it’s incredibly exciting to have lost count,” said DART mission planetary astronomer Christina Thomas.

Finally, a full picture of what the system looks like will be revealed when a European Space Agency mission four years down the line called Hera arrives to survey Dimorphos’ surface and measure its mass, which scientists can currently only guess at.

Very few of the billions of asteroids and comets in our solar system are considered potentially hazardous to our planet, and none are expected in the next hundred years or so.

But wait long enough, and it will happen.

We know that from the geological record — for example, the six-mile wide Chicxulub asteroid struck Earth 66 million years ago, plunging the world into a long winter that led to the mass extinction of the dinosaurs along with 75 percent of all species.

An asteroid the size of Dimorphos, by contrast, would only cause a regional impact, such as devastating a city, albeit with greater force than any nuclear bomb in history.

How much momentum DART imparts on Dimorphos will depend on whether the asteroid is solid rock, or more like a “rubbish pile” of boulders bound by mutual gravity — a property that’s not yet known.

If it had missed, NASA would have another shot in two years’ time, with the spaceship containing just enough fuel for another pass.

But its success marks the first step towards a world capable of defending itself from a future existential threat.

Direct impact or nuclear weapons? How to save Earth from an asteroid
Laurel, United States (AFP) Sept 26, 2022 –
NASA’s DART mission to test deflecting an asteroid using “kinetic impact” with a spaceship is just one way to defend planet Earth from an approaching object — and for now, the only method possible with current technology.

The operation is like playing billiards in space, using Newton’s laws of motion to guide us.

If an asteroid threat to Earth were real, a mission might need to be launched a year or two in advance to take on a small asteroid, or decades ahead of projected impact for larger objects hundreds of kilometers in diameter that could prove catastrophic to the planet.

Or, a larger object might require hits with multiple spacecraft.

“This demonstration will start to add tools to our toolbox of methods that could be used in the future,” said Lindley Johnson, NASA’s planetary defense office, in a recent briefing.

Other proposed ideas have included a futuristic-sounding “gravity tractor,” or a mission to blow up the hypothetical object with a nuclear weapon — the method preferred by Hollywood.

Should an approaching object be detected early — years or decades before it would hit Earth — a spaceship could be sent to fly alongside it for long enough to divert its path via using the ship’s gravitational pull, creating a so-called gravity tractor.

This method “has the virtue that the method of moving the asteroid is totally well understood — it’s gravity and we know how gravity works,” Tom Statler, a DART program scientist at NASA said at a briefing last November when DART launched.

The mass of the spacecraft however would be a limiting factor — and gravity tractors would be less effective for asteroids more than 500 meters in diameter, which are the very ones that pose the greatest threat.

In a 2017 paper, NASA engineers proposed a way to overcome this snag: by having the spacecraft scoop material from the asteroid to enhance its own mass, and thus, gravity.

But none of these concepts have been tried, and would need decades to build, launch and test.

Another option: launching nuclear explosives to redirect or destroy an asteroid.

“This may be the only strategy that would be effective for the largest and most dangerous ‘planet-killer’ asteroids (more than one kilometer in diameter),” a NASA article on the subject says, adding such a strike might be useful as a “last resort” in case the other methods fail.

But these weapons are geopolitically controversial and technically banned from use in outer space.

Lori Glaze, NASA’s planetary science division director said in a 2021 briefing that the agency believed the best way to deploy the weapons would be at a distance from an asteroid, in order to impart force on the object without blowing it into smaller pieces that could then multiply the threat to Earth.

A 2018 paper published in the “Journal of Experimental and Theoretical Physics” by Russian scientists looked at the direct detonation scenario.

E. Yu. Aristova and colleagues built miniature asteroid models and blasted them with lasers. Their experiments showed that blowing up a 200-meter asteroid would require a bomb 200 times as powerful as the one that exploded over Hiroshima in 1945.

They also said it would be most effective to drill into the asteroid, bury the bomb, then blow it up — just like in the movie Armageddon. 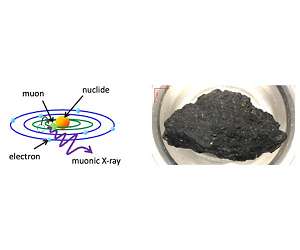 
Stone samples brought back to Earth from asteroid Ryugu have had their elemental composition analyzed using an artificially generated muon beam from the particle accelerator in J-PARC. Researchers found a number of important elements needed to sustain life, including carbon, nitrogen, and oxygen, but also found the oxygen abundance relative to silicon in asteroid Ryugu was different from all meteorites that have been found on Earth, reports a new study in Science.