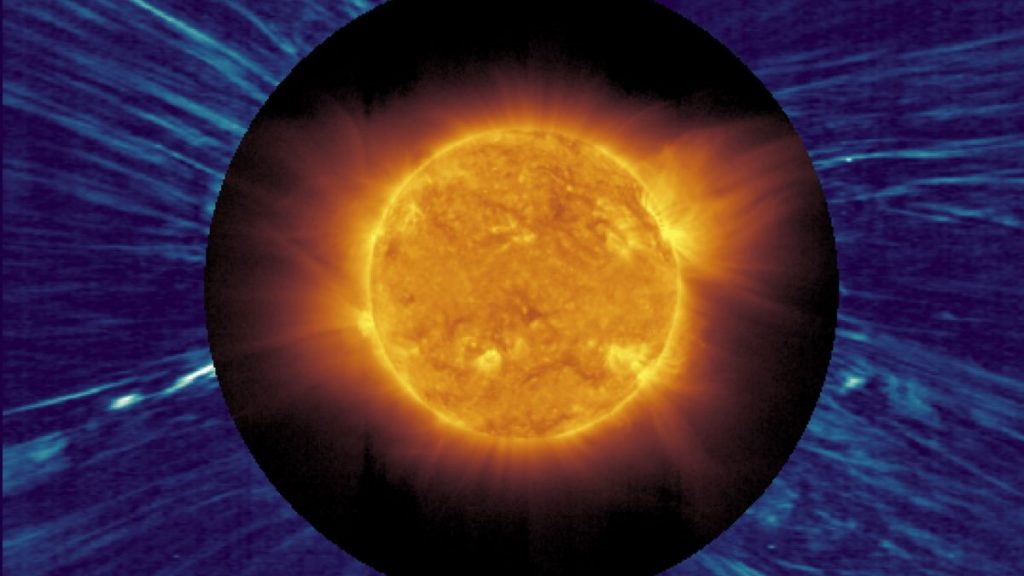 The European sun-observing mission Solar Orbiter observed a mysterious “switchback” in the solar wind that might explain what propels particles from the sun across the solar system.

The probe, built to take the closest images of the sun and study the star’s magnetic field, spotted the weird S-shaped “kink” in the solar plasma in March this year, and the observation was published on Monday (Sept. 12). Described in a new paper as “the first evidence of a switchback in the solar corona,” the observation was made by Solar Orbiter‘s coronagraph METIS (an instrument that blocks out the disk of the sun to observe the surrounding upper atmosphere, the corona).

Such switchbacks have previously been hypothesized, as other spacecraft including NASA’s Parker Solar Probe have detected sudden reversals in the magnetic field in the sun’s vicinity. These switchbacks have never before been observed directly however, as the spacecraft detecting them were not equipped with cameras.

NASA’s Parker Solar Probe, for example, periodically dives to within only a few million miles of the sun’s surface. But the temperature in this area is so hot that no existing camera technologies could survive the dive. Solar Orbiter, which approaches the star more cautiously, coming only as close as one third of the sun-Earth distance, is equipped with both types of sun-observing sensors — direct imaging instruments as well as those that measure the properties of the surrounding environment.

By comparing images taken by Solar Orbiter’s instruments at various wavelengths of light, scientists realized the strange phenomenon took place just above an active sunspot, a cooler region on the sun’s surface where the star’s magnetic field is twisted and dense.

“I would say that this first image of a magnetic switchback in the solar corona has revealed the mystery of their origin,” Daniele Telloni, a solar physicist at the National Institute for Astrophysics in Torino, Italy, said in a statement (opens in new tab).

Telloni was the one who first spotted the structure in the data captured by METIS on March 25, only a few days before Solar Orbiter’s closest approach to the sun to date.

The observation seemed to match mathematical models of switchback triggering developed previously by Gary Zank, a space physicist at the University of Alabama in Huntsville.

“The first image from METIS that Daniele [Telloni] showed suggested to me almost immediately the cartoons that we had drawn in developing the mathematical model for a switchback,” Zank said in the statement.

According to Zank’s modeling, switchbacks can occur above sunspots when some of the distorted magnetic lines break and connect with magnetic lines that are open and connected with the interplanetary magnetic field in the solar system.

“Rather like cracking a whip, this releases energy and sets an S-shaped disturbance traveling off into space, which a passing spacecraft would record as a switchback,” the scientists said in the statement.

The study was published in The Astrophysical Journal Letters on Monday (Sept. 12).