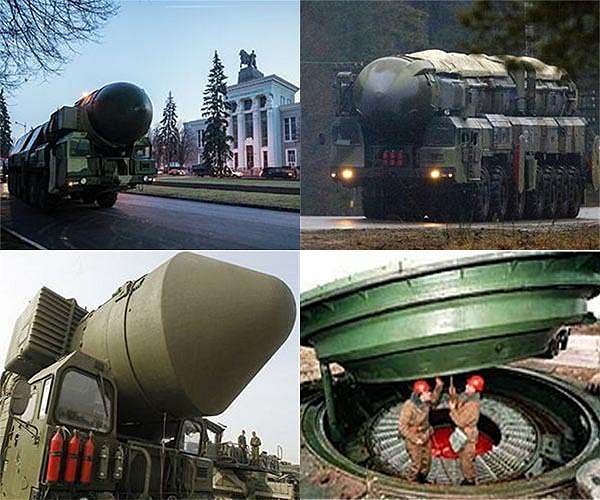 For 60 years, the Cuban missile crisis has loomed both as a frightening lesson on how close the world came to nuclear doomsday — and how skillful leadership averted it.

With Russian President Vladimir Putin brandishing the nuclear option in Ukraine, the threat has come roaring back, but this time, experts are less certain of a way to end it.

US President Joe Biden in early October warned bluntly that the world risked nuclear destruction for the first time since 1962, saying that Putin was “not joking” about the use of the ultra-destructive weapons as his military is “significantly underperforming” in its invasion of Ukraine.

Biden said he was looking to provide “off-ramps” to Putin. But there is no sign Putin is eager to take one.

“I think this situation, more than any since 1962, could escalate to the use of nuclear weapons,” said George Perkovich, vice president for studies at the Carnegie Endowment for International Peace.

“I’ve been working in this field for 40 years and this is the most challenging situation because you have a nuclear-armed state, Russia, whose leader has defined a situation as an existential one.”

Unlike in 1962, the world is now facing a number of nuclear flashpoints with signs North Korea is gearing up for another atomic test, tensions still on low-boil between nuclear-armed India and Pakistan and Iran ramping up nuclear work.

But Ukraine poses unique dangers as the conflict pits the world’s two largest nuclear powers against each other. Any Russian strike would be expected to involve tactical nuclear weapons — targeted on the battlefield and not fired between continents — but Biden himself has warned it is difficult not to “end up with Armageddon” once a nuclear weapon is used.

Putin, who has questioned Ukraine’s historical legitimacy, has proclaimed the annexation of four regions and suggested that either an attack on the annexed “Russian” territory or direct Western intervention could lead Russia to use a nuclear weapon.

The brutal war that has already gone on for eight months is substantively different than the Cuban crisis, where the question was how to prevent a Cold War confrontation over the discovery of Soviet nuclear weapons on the island from turning hot.

US president John F. Kennedy, in one of his taped deliberations pored over by historians, said that European allies thought Washington was “demented” by its fixation on Cuba, some 90 miles (140 kilometers) from Florida with a long history of US intervention.

“Ukraine is significantly more important to America’s allies than Cuba was,” said Marc Selverstone, a Cold War historian at the University of Virginia.

“Putin seems to be willing to rearrange the borders of Europe, and that’s terrifying to Europeans.”

Soviet leader Nikita Khrushchev’s motives, while broad, were less rigid than Putin’s, with Moscow in part seeking to close a missile gap with the United States and gain leverage with the West over divided Berlin.

Political stakes were high for Kennedy, who was embarrassed by the failed CIA Bay of Pigs invasion a year earlier to oust communist revolutionary Fidel Castro and was days away from congressional elections.

But Kennedy rejected advice for air strikes and imposed a naval “quarantine” against further Soviet shipments — avoiding the term blockade, which would have been an act of war.

Moscow withdrew after Kennedy promised not to invade Cuba and, quietly, to pull US nuclear missiles from Turkey.

“For Kennedy, the most important thing was to lessen the chance for a nuclear exchange,” Selverstone said.

“I don’t know if that’s foremost in Vladimir Putin’s mind right now. In fact, he seems to be to be upping the ante.”

Both in 1962 and now, the nuclear powers faced an added layer of uncertainty from allies on the ground.

On October 27, 1962, just as Khrushchev and Kennedy were exchanging messages, a US U-2 spy plane was shot down over Cuba, killing a US pilot.

Kennedy ignored calls to retaliate, surmising — correctly, the historical record proved — that the order to fire came not from the Soviets but from Cuba.

Khrushchev announced a deal the next day, with his son later writing that he feared the situation was spiraling out of control.

In Ukraine, President Volodymyr Zelensky has vowed to build on momentum and win back all land occupied by Russia.

The United States has shipped billions of dollars in weapons to Ukraine but Biden has stopped short of sending missiles that could strike into Russia, saying he will not risk “World War III.”

“Zelensky and Putin have both taken maximalist positions, raising their red lines, whereas in 1962, Kennedy and Khrushchev were lowering them,” Selverstone said.

Perkovich said that Biden, for whom he worked when he was a senator, was as calm and historically well-versed as any US president in handling a crisis.

But he said that 2022 is also a different era. In 1962, Russia agreed to keep Kennedy’s agreement to pull US missiles from Turkey a secret, mindful of the political risks for the president.

“Many crises in history get resolved through secret diplomacy,” Perkovich said.

“Can you imagine now in this media age, with open-source intelligence and social media, keeping a deal secret like that?”

Nuclear belligerence: a history of close calls
Paris (AFP) Oct 20, 2022 –
Sixty years ago, the United States and Soviet Union brought the world to the brink of an atomic war over Soviet missiles deployed on the island of Cuba.

AFP looks back at other nuclear near misses:

The 13-day showdown between US President John F. Kennedy and Soviet leader Nikita Khrushchev has been documented in great detail.

But one incident only came to light many years later.

On October 27, 1962, just as the crisis was nearing resolution, one of four Russian submarines sent to the area with nuclear torpedoes aboard found itself targeted by the US Navy after getting stuck in the Sargasso Sea.

When US forces began dropping non-lethal charges to pressure submarine B59 to surface, the frazzled crew, which had Moscow’s green light to use the vessel’s “special weapon” in event of attack, thought war was breaking out.

Believing that “the point of no return” had been reached the submarine commander decided to launch the torpedo but he needed the agreement of two other officers, including the second-in-command Vasily Arkhipov, according to the Russian defence ministry’s “Army Legends” documentary series.

Arkhipov kept his composure and opposed the launch, guessing correctly that the Americans did not know the submarine was carrying a nuclear weapon. The man “who prevented World War III” died in 1998.

On September 26, 1983, Air Force Colonel Stanislav Petrov was on duty at a secret base near Moscow responsible for monitoring missile attack early warning systems when the alarms started ringing.

Petrov had just minutes to react to a warning that five American intercontinental ballistic missiles were headed towards the Soviet Union.

With Soviet nuclear doctrine calling for retaliation, reporting it to his higher-ups would have had enormous consequences.

But Petrov’s gut instinct told him that an American attack would have involved around 100 missiles and he correctly deduced it was a false alarm.

Soviet experts later concluded that the warning system mistook the sun’s reflection off clouds for a missile.

Petrov was decorated several months later but the incident was covered up for a decade.

In May 2002, India and Pakistan, at odds over the disputed Himalayan state of Kashmir since their partition in 1947, went to the brink.

India blamed Islamists from Pakistan for a suicide attack against the parliament in New Delhi on December 13, 2001, that left 14 dead.

The two countries, which became nuclear powers in 1998, mobilised a million soldiers along their shared border.

In April 2002, Pakistani President Pervez Musharraf declared he would use nuclear weapons if threatened with destruction by an attack from India.

New Delhi and Islamabad carried out months tit-for-tat missile tests before agreeing to US-sponsored de-escalation measures that lead to a ceasefire in November 2003 and leaders’ talks in January 2004.

In 1988, a KGB defector, Colonel Oleg Gordievsky, revealed that Soviet leaders had nearly pressed the button five years earlier in November 1983, when they believed the West was preparing a surprise nuclear attack on the Soviet Union.

The panic attack was sparked by NATO manoeuvres.

On January 25, 1995, aides brought Russian President Boris Yeltsin his nuclear briefcase when Russian radars mistook the launch of a Norwegian meteorological sounding rocket from the Arctic Circle for a US strike.

Yeltsin concludes that it is not actually a US missile and does not retaliate. A week later Moscow admits there was a “misunderstanding”. 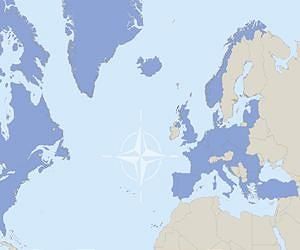